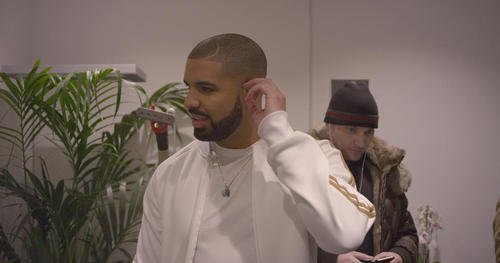 Ever since Drake first announced the title to his fourth studio album Views From The 6 back in August of 2014, fans have been eagerly awaiting its arrival, causing anticipation & hype to grow to levels no other album has had to endure in the past, but now the time has finally come to see if the 6 God can deliver. While it was supposed to be premiered first on OVO Sound Radio right now, it appears VIEWS just went straight to Apple Music right now instead!

Laced with 20 songs in total, the follow up to 2013’s Nothing Was The Same features guest appearances from Kanye West, Future, PartyNextDoor, Rihanna, the late Pimp C, Popcaan, Wiz Kid, and the newly signed OVO member dvsn among others. Meanwhile, production is handled by Drizzy’s go-to producer Noah “40” Shebib, along with Boi-1da, Nineteen85, Murda Beatz, Majid Jordan, Metro Boomin, Vinylz, Maneesh, and many more. In fact, Kanye is even listed as a producer as well on track #3 “U With Me?”

Having already heard singles like “One Dance” & “Pop Style” (not forgetting the leaked “Controlla” & bonus cut “Hotline Bling”), fans can now stream the entire album for free over on Apple Music right here. Don’t forget to cop the album either.

Will Drake deliver with his biggest release to date?