Who Is Kelly Ripa's Next Partner On 'Live'? 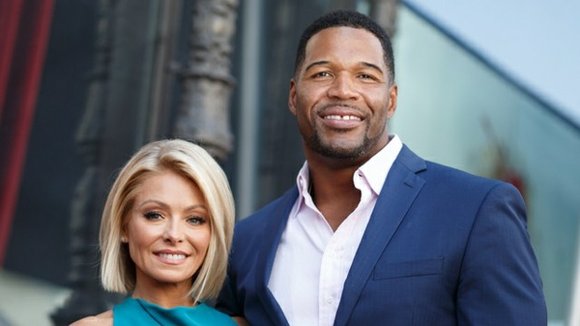 Michael Strahan will co-host "Live with Kelly and Michael" for two more weeks, but Kelly Ripa and her viewers are already thinking about who's next.

Who will succeed Strahan? It is one of the most coveted jobs in television -- and the show's owner, ABC, is under enormous pressure to get the transition right.

Initial speculation has centered around two of Ripa's close friends who are also friends with each other: CNN anchor Anderson Cooper and Bravo host Andy Cohen.

Both men have filled in before and have built-in fan bases. But contractual and scheduling hurdles may stand in the way.

In an interview on Fox News on Thursday night, Cooper said "no one has talked to me" about the talk show gig and "I'm very happy at CNN. I'm not going anywhere."

But he also said that he loves Ripa and added, "I'm always open to new opportunities."

Ripa and Cohen attended a party for Cooper and his mother, Gloria Vanderbilt, on Wednesday night. As Ripa and her husband, Mark Consuelos, headed out, they declined to comment on last week's dispute with ABC or the rumors about potential co-hosts.

Ripa was kept in the dark about Strahan's pending departure from "Live" until about 30 minutes before the news broke on April 19. She felt disrespected by ABC and decided not to host the show for the rest of the week.

She returned to deafening applause from her fans on Tuesday. ABC initially planned to have Strahan co-host "Live" until the end of the summer then move to "Good Morning America" full-time. But the network has moved his departure date up: He will now leave "Live" on May 13.

That means the on-air tryouts for a new host will start in mid-May.

Dozens of people took turns sitting in the chair next to Ripa after original co-host Regis Philbin left the show in 2011. Strahan was ultimately selected.

For Cooper, the timing wasn't right: He had just started to host his own daytime talk show, so he couldn't team up with Ripa. The daytime marketplace is famously difficult, and Cooper's show only lasted two seasons.

Other names in the mix last time included Neil Patrick Harris, Seth Meyers and Josh Groban -- and all of their names have come up again this time.

Every day there is a another news report about the possibilities. People magazine said Wednesday that ABC has a "long roster of people who will step in to guest host."

Ripa has said nothing about who or what she wants. "I think she is of mixed minds," one source close to the program said.

While lots of A-list names have come up, the source said Ripa will want "someone who she can star next to, and not feel is eclipsing her and getting more attention."

Another person close to the program disputed that suggestion, however, saying that Ripa "wants someone who will work well with her for the good of the show. It's about the right partnership."