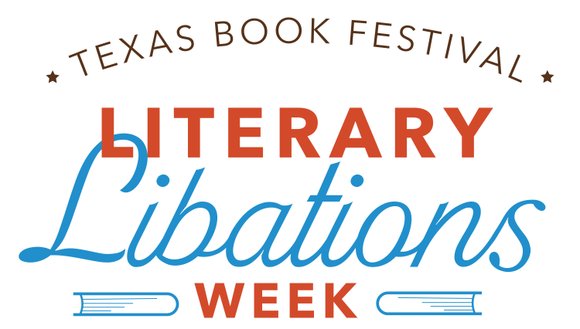 The Texas Book Festival announced today Literary Libations Week, to be held August 15 to 19 at bars and restaurants in Austin, San Antonio, and Houston. Some of Texas’ most popular watering holes, including The Townsend, Freedmen’s, Love & Squalor, Esquire Tavern, and more, have created signature, literary-inspired cocktails to be offered for the week. A percentage of proceeds from each drink sold will be donated to the TBF in support of its annual Lit Crawl on Saturday, November 5.

"Nothing complements summer reading better than a summer cocktail,” said Julie Wernersbach, Literary Director of the Texas Book Festival. “As a team that lives and breathes books and that celebrates the end of every week with a regular Friday wine-down, we're excited to take our literary conversations to some of the state's finest bars. And of course, it's never too early to start training for Lit Crawl."

Bar-designed, creative literary libations, inspired by classics and new novels, will include The Townsend’s The Samizdat. Created by beverage director Justin Elliott who spent a long winter reading Infinite Jest, the cocktail provides an electric, almost Technicolor edge to the scotch and the salinity of the Topo Chico amplifies everything. The grapefruit peel adds an additional degree of freshness, leaving what one might expect to be a heavier, more autumnal cocktail tasting perfectly at home on any summer reading list.

“I love reading for the reason the middle school library posters tell you you ought to read: it's transportive,” said Elliott. “It's transportive in much the same way that many of the world's finest spirits are transportive. I think about books I've read and I can recall being transported to the world of the book while reading. And in the same moment, I'm transported to where I was in life when I was reading the book. And then I think about what I was drinking while I was reading it.”

Other cocktails include Life Finds a Way from Freedmen’s, a nod towards Michael Crichton's Jurassic Park. The beautiful amber beverage consists of equal parts rye whiskey, Yellow Chartreuse, and sweet vermouth, topped off with three shakes of orange bitters. San Antonio’s Esquire Tavern will offer Midnight in Mexico, inspired by the book of the same name by Alfredo Corchado. Houston favorite Love & Squalor will offer Les Fleurs du Mal, a cocktail that draws inspiration from a book of poetry written by Charles Baudelaire.

Proceeds from Literary Libations Week benefit Lit Crawl, a collaboration between the Texas Book Festival and the Litquake Foundation, which will be held this year on Saturday, November 5 at bars located on East Cesar Chavez Street, and a final Literary Death Match at The North Door. Lit Crawl’s free events feature some of America’s most groundbreaking and beloved writers onstage for literary mayhem in unexpected places.