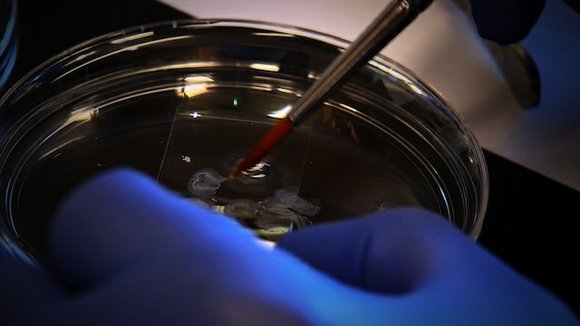 (CNN) -- How old were you when you lost your virginity? Or maybe you haven't reached that point yet.

Either way, whether you're 16 or 40 when you decide to have sex for the first time, you may think the choice comes down to your partner, the people around you and the environment you are exposed to. That's part of it -- but scientists are increasingly realizing that your genes also have something to do with it.

Your genetic coding helps define the timing of that milestone moment, as well as when you first have children -- and how many you have -- as well as your actual functioning during sex.

"It's clear genes are an important factor," said John Perry, a geneticist at the MRC Epidemiology Unit at the University of Cambridge. "People think it's all choice-driven."

Perry acknowledges that factors such as social environment, family structure, peer pressure, culture and religious influences can all affect the age when someone starts having sex. "You don't need to be a scientist to know that," he said. But he believes that these behaviors have an underlying heritability.

"There are core biological pathways underpinning what we believe is mostly societal and cultural," he said.

To back up this belief, Perry's team recently conducted a study in which they analyzed the genes of more than 125,000 people whose personal data are stored in the UK Biobank, a health resource containing blood, urine and saliva samples from 500,000 people ages 40 to 69 from across the country. Data on people's lives and lifestyles, noted during interviews, are also stored in the Biobank.

The genes were analyzed and linked to reproductive milestones, such as the age when people first had sex, the age when they had their first child, how many children they had and, most important, when.

"We showed that 25% of variability was down to genetics," Perry said. "So genes do play a significant role in your reproductive behavior."

The remaining 75% was down to nurture, so it's not all nature, but the study found 38 gene regions in the body's genetic makeup that contributed to these life moments.

People's genes do not directly decide actions such as losing virginity, but they do determine aspects of life that could influence when someone chooses to have sex, such as when they reach puberty and become sexually mature. This was another feature of Perry's study.

"We demonstrated that earlier puberty had a causal impact on the age at which you have first sex," he said. Earlier puberty was also found to be associated with when people first had children as well as the level of education they reached. "You can speculate that if you mature earlier, your priorities may change," he said, suggesting it may become harder to concentrate in school.

One of the genes found to be linked to having sex earlier, called CADM2, is thought to influence someone's likelihood of taking risks, as well as other factors, and was linked to having more children. Another gene, MSRA, is linked to irritability and was seen to result in people losing their virginity later. "Most human traits have a genetic underpinning," Perry said.

But it's the combinations of these traits that come together to decide when you take the plunge for a milestone like sex, and as with anything, it's complicated. "People think a gene will cause a risk, but it doesn't," said Perry. "It just puts you at higher risk."

"It is a great study," said Andrea Burri, associate professor at Auckland University of Technology in New Zealand. Burri's own research focuses on the genetic aspects of sexual health and chronic pain, including sexual dysfunction. "It's fascinating how (this) can be used to untangle what actually influences complex human behaviors," she said.

Her own studies have found a similar degree of involvement, from 28% to 48%, for heritability playing a role in sexual anxiety and dysfunction.

Reducing the risks -- and stigma

Burri added that this insight should be used purely as a knowledge base and, if anything, could be used to destigmatize and change attitudes toward sexual behavior by showing how variable people can be at their core.

"Sometimes, you don't chose [how] to be and have the preferences that you do, but actually there is -- to a certain extent -- a biological component," she said, and differences among people are "normal."

The insight could also be used to inform other areas of public health, according to Perry, including addressing lifestyle factors that contribute to earlier ages of puberty, such as obesity and poor nutrition.

"[These] contribute to earlier puberty timing," Perry said. "[And] if earlier puberty puts you on a riskier trajectory, reducing anything causing that will be of benefit."