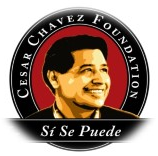 Keene, Calif.—U.S. Secretary of the Interior Sally Jewell and U.S. Small Business Administrator Maria Contreras Sweet will mark the eve of the 100th birthday of the National Park Service by touring the Cesar E. Chavez National Monument on Wednesday, Aug. 24. Then they will join a town hall discussion at the Villa La Paz Education and Conference Center on the grounds of the National Chavez Center where the national monument is sited. Cesar Chavez Foundation President Paul F. Chavez, who has lived and worked at the Keene property since his father moved the family there in 1971, will also participate in the events.

They are aimed at highlighting the park service’s mission of sharing America’s historic and cultural heritage, including the importance of telling the stories of people of color who have contributed to building the nation. The Chavez national monument, located at the Tehachapi Mountain town of Keene, is where the farm labor and civil rights leader lived and labored during his last quarter century. The national monument, which the Chavez foundation and the park service administer in partnership, comprises about three acres of the 187-acre National Chavez Center.