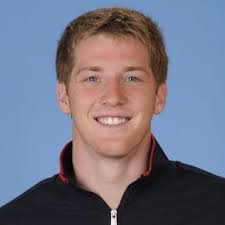 (CNN) -- James Feigen has become the third US swimmer to apologize for his actions and give a detailed account of what transpired in the Rio gas station incident.

Following the statements released by teammates Ryan Lochte and Gunnar Bentz, Feigen has apologized for the 'serious distraction' he and the other three athletes caused at the Rio Games.

Feigen, who won gold in the 4x100m freestyle relay, admits to omitting facts from his original police statement after claims from Rio police the four testimonies didn't add up.

"First and foremost I would like to apologize for the serious distractions from the Olympics, Rio de Janeiro, and Team USA," Feigen's statement read.

"It was never my intent to draw attention away from the tradition of athletic competition. I want to thank the IOC and the people of Rio de Janeiro for their hospitality in hosting these games.

"I have nothing but respect for the city in undertaking the massive responsibility of hosting the Olympics and I feel their performance was exemplary."

Feigen says the group, which also included gold medal winner Jack Conger, failed to tell police they urinated in the bushes behind the restroom and that Lochte pulled a framed poster off the wall.

All four swimmers, however, maintain they had a gun pointed at them and were ordered to pay money -- around $70 dollars in total, according to Bentz.

"One of my teammates told me that a man with a gun was standing outside the cab," Feigen said. "We then got out of the cab and I paid the driver the fare.

"As I walked away, the man with the gun pointed it at me and my teammate and ordered us, in Portuguese, to sit. This was the first time I have ever had a gun pointed at me and I was terrified.

"I put my hands up and sat down on the curb. It became apparent that the man with the gun was telling us to pay, and I was unsure if they were affiliated with the gas station. Gunnar Bentz and I gave the man some money. "

Feigen says the group hailed another cab and arrived back at the athletes village around 7am, two hours after first leaving a celebratory party at the French House.

After initially being asked to pay a fine of $31,250 for the return of his passport -- an amount Feigen and his lawyer deemed 'unreasonable' -- the fee was raised to $46,875.

However, both parties eventually came to an agreement of $10,800.

"The support of my family, friends, and attorneys was paramount in my ability to return home," the statement continued.

"I am so sorry for the drama this has caused in everyone's lives. I am very thankful to be home in the United States with my family and that this ordeal has come to an end."