Gold Star Mom on Kaepernick: I See a Flag That Draped My Son's Casket 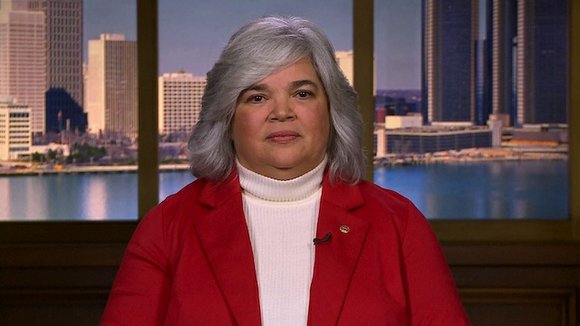 Teri Johnson, a Gold Star mother who lost her son

(CNN) -- When San Francisco 49ers quarterback Colin Kaepernick sat in protest during the national anthem, he caused quite a stir within the military community.

Teri Johnson, a Gold Star mother who lost her son, Sgt. Joseph Johnson, in an IED attack in Afghanistan in 2010, told CNN's Jake Tapper, "When I read that he said he couldn't stand for a flag that he didn't have pride in ... right away, my heart kind of stopped and I lost my breath because the flag that I see is the flag that draped my son's casket in honor. And I see the flag that was handed to my husband and I with deep respect from a grateful nation. When I look at the flag, I see the best of us."

Kaepernick said he's "not going to stand up to show pride in a flag for a country that oppresses black people and people of color."

In a strongly-worded Facebook post, Johnson said, "I am sitting in my living room looking outside at my American Flag -- flying at half staff. You see, my son's body lay in a street after an IED blew up the vehicle he was fighting in. His blood stains the sands of Afghanistan. He died protecting the ideals of the flag you refuse to respect."

Tapper asked Johnson: "There are also grieving moms because their sons were innocently and wrongly killed by law enforcement ... if one of them were here and said 'Hey, Kaepernick wasn't standing up against your son, he was standing up for my son,' what would you say to that?"

Johnson said she would reply, "Yes, you have the right to sit down. Sitting down is something that is easy to do. But standing up and stepping forward is something that's hard to do. And what I would like to see, if you really see oppression when you look at the flag, then make it your mission to be proud of it. Do something. Make a difference, so that when you look at that flag, you show pride and you feel hope and possibilities."