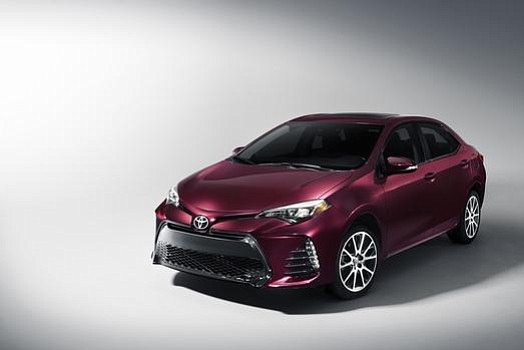 Plano, Texas, Dec. 8, 2016 — For the third year in a row, Toyota has topped the Insurance Institute for Highway Safety’s (IIHS) annual list of safety awards. Twelve Toyota and Lexus vehicles won IIHS awards in 2017, with nine receiving its highest award, the TOP SAFETY PICK+, the most of any manufacturer.

“At Toyota, our focus remains on the safety and peace of mind of our customers,” said Dino Triantafyllos, Toyota’s North American Chief Quality Officer. “We are proud that our commitment to developing safe and reliable vehicles resulted in such a strong showing in 2017 TOP SAFETY PICK+ awards”.

According to IIHS, automakers were required to meet tougher criteria to be considered for the top 2017 awards, including headlight evaluations launched in 2016. Among this year’s TOP SAFETY PICK+ recipients, the IIHS recognized the updated Toyota Corolla for improved small overlap crash protection and front crash prevention, as well as the Toyota Prius for its improved headlights.

Toyota (NYSE:TM), the world's top automaker and creator of the Prius, is committed to building vehicles for the way people live through our Toyota, Lexus and Scion brands. Over the past 50 years, we’ve built more than 25 million cars and trucks in North America, where we operate 14 manufacturing plants (10 in the U.S.) and directly employ more than 40,000 people (more than 32,000 in the U.S.). Our 1,800 North American dealerships (1,500 in the U.S.) sold more than 2.5 million cars and trucks (more than 2.2 million in the U.S.) in 2013 – and about 80 percent of all Toyota vehicles sold over the past 20 years are still on the road today.