5 Things for Monday, December 12: Terror, Climate Change and a Hero 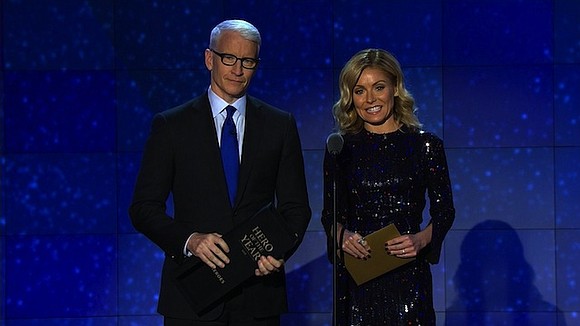 (CNN) -- Things are heating up with Trump, Russia and everything in between, and in places around the world, people are reeling from a deadly weekend. Here's what you need to know to Get Up to Speed and Out the Door.

Three major terror attacks hit the Middle East and Africa this weekend. In Istanbul, two blasts outside of a soccer arena killed 44 on Saturday night. In Cairo, an explosion ripped through a church on Sunday morning, killing 25. Also on Sunday, a car bomb at a port in Mogadishu, Somalia killed 20. From what we know, the attacks all had different motives and perpetrators.

There's so much Trump news we're just going to give the headlines:

Trump: Intelligence claims on Russia election hacking are "ridiculous" The FBI and CIA don't agree on why Russia interfered with election China is really angry at Trump because he's questioning a longstanding diplomatic policy Top candidate for Trump's Secretary of State? ExxonMobil Chairman and CEO Rex Tillerson The PEOTUS will take intel briefings once a week, not every day

Scientists have noted a dangerous, unprecedented spike in methane gas over the last few years. Methane is a so-called "greenhouse gas" whose levels contribute to the warming of the earth's surface. One researcher called the situation "dire." Meanwhile, Trump says "nobody really knows" if climate change is real.

ISIS has reportedly regained control of the ancient city of Palmyra in Syria. Russian and Syrian regime efforts could not keep the extremist group from re-taking the city it had previously controlled in 2015. Remember, Syrian troops are also busy with ground operations in war-ravaged Aleppo.

On Sunday night, CNN honored 10 outstanding people who are making the world a better place. The Hero of the Year was Jeison Aristizábal, who lives with cerebral palsy and helps children with disabilities in his native Colombia. "God chose me to help," he said of his work.

Venezuela has confiscated about 4 million toys

The country's president is being called a "Grinch" for the move.

Baby, it's cold outside

Like literally, and the weather is causing all kinds of problems in the Midwest.

The tribal nation's attorney general used the US Constitution as precedent.

It's made of 60,000 glass pieces and shows the evolution of knowledge.

It's Monday. There's all kinds of bad news in the world. Get some positivity flowing with this amazing dance routine. (Shoutout to reader Ammon Orgill, whose family puts this together every year!)