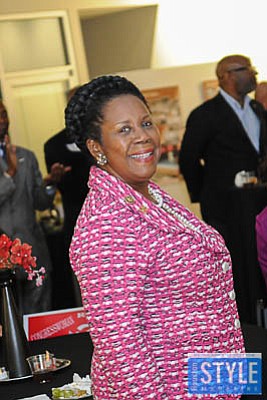 WASHINGTON, DC – Congresswoman Sheila Jackson Lee, a senior member of the House Judiciary Committee, and Ranking Member of the Subcommittee on Crime, Terrorism, Homeland Security, and Investigations, released the following statement today after learning that criminal charges have been brought against four additional persons for their role in the Flint, Michigan water crisis:

“The more we learn about the conduct of those principally involved in the water crisis in Flint, Michigan, the more it becomes apparent that criminal acts may have been committed for which those responsible must be held to account before the bar of justice. I am pleased to learn today that the Michigan State Attorney General has announced that four more persons, including two former state-appointed Emergency Managers for Flint, will face criminal charges for their alleged malfeasance, misfeasance, or nonfeasance which were a proximate cause of the serious injuries inflicted upon Flint residents. The substantial and lasting damage inflicted upon Flint residents, especially their children, cannot be overstated or excused. The persons responsible for this egregious breach of public trust must be held accountable before the law.

“As a senior member of the House Judiciary Committee and Ranking Member of the Subcommittee on Crime, Terrorism, Homeland Security and Investigations, I am determined to see justice done for the residents of Flint no matter how long it takes.”