A Look at Areas Obama Has Protected 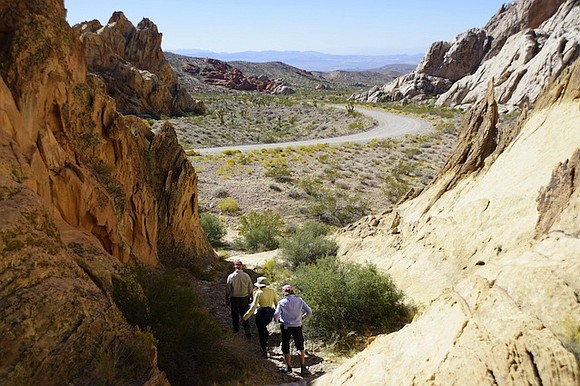 (CNN) -- President Obama this week established two more national monuments, raising to 29 the number of times he has created or added to monuments, usually to protect the environment, under the 1906 Antiquities Act.

That gives the president unilateral power to establish monuments, leading some to accuse the administration of last-minute land-grabbing to protect Obama's environmental legacy before President-elect Donald Trump takes office in January.

In addition, Obama barred offshore drilling in areas of the Arctic and Atlantic Oceans under a separate law from the 1950s.

Here is a look at some of the land and sea areas Obama has sealed off.

Obama said in a statement that the 1.35-million-acre Bears Ears monument, so called for its distinctive pair of buttes, would "protect some of the country's most significant natural, cultural and archaeological resources, including important ancestral grounds for numerous (Native American) tribes."

This is 300,000 acres on the outskirts of Las Vegas, between Lake Mead and the Grand Canyon, with distinctive rock formations and Native American artifacts.

Obama designated the Utah and Nevada sites on Wednesday, saying, "Today's actions will help protect this cultural legacy and will ensure that future generations are able to enjoy and appreciate these scenic and historic landscapes."

Obama established the first national marine monument in the Atlantic Ocean in September. The move aimed to permanently protect some 5,000 square miles of underwater canyons and mountains off the coast of New England. The White House said the designation bans commercial fishing, mining and drilling, with a seven-year exception for lobster and red crab.

The Berryessa Snow Mountain region of northern California, about 100 miles from the Bay Area and Sacramento, is biologically diverse and one of the least known regions of the state. More than 330,000 acres became a national monument in July 2015.

President George W. Bush established this monument in January 2009 in the last days of his administration. Obama enlarged the protected area in September 2014. Like Bush and Obama, President Bill Clinton had similarly protected some areas as monuments toward the end of his term.

Not all the monuments were environmentally minded. The Stonewall Inn earned its monument status as the birthplace of the modern gay rights movement, where police raids on the bar sparked days of rioting in the Greenwich Village section of New York City.

The Waco Mammoth Site became a national monument in 2015. Visitors can see fossils including female mammoths, a bull mammoth and a camel that lived some 67,000 years ago.