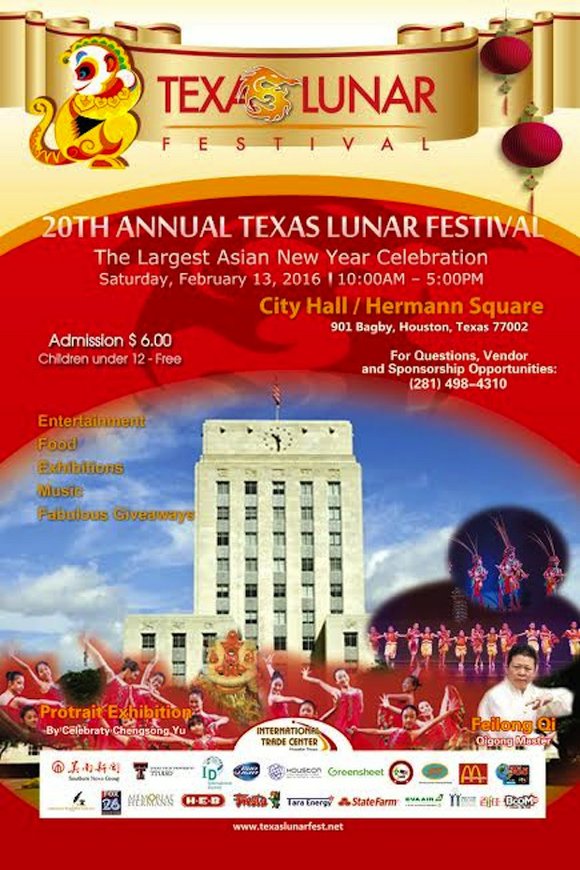 This year Southern News will team up with more than 100 companies and organizations from the many communities of Houston, offering a series of displays, food booths, entertainment, acrobats, lion dancers, world-class Shaolin Temple Wushu martial arts demonstrations and games and door prizes for all ages. Activities are selected to compliment this great and exciting celebration with lively entertainment for the entire family. Last year's celebration drew over 20,000 attendees. The year of 2016 according to the Chinese Lunar Calendar is the Year of Monkey.

The Texas Lunar New Year Festival celebration is the largest celebration of the Asian New Year in the southwestern United States. It is a one-of-a-kind family oriented event that attracts large numbers of people from every ethnic group.

Since 1979, Southern News Group has not only built the largest Asian media complex in the southwestern United States, but has also reached out to the broader community of southwest Houston with programs that respond to the growing ethnic diversity of this unique section of one of America's fastest growing cities. We have initiated and been the driving force behind many community projects, programs and events that include the Texas Lunar New Year Festival, the McDonald's Education Workshops, the Texas African Summit, the ITC Education Institute and have aired many more educational, cultural and business-related television programs on our digital television station, ITV International 55.5, as well as having hosted over 200 international business related meetings and events at our International Trade Center.