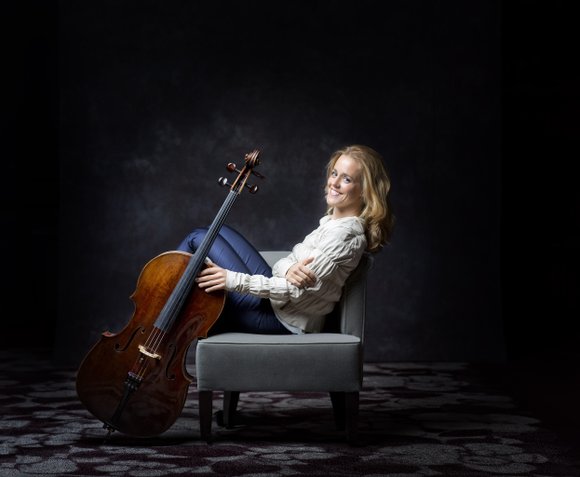 HOUSTON (February 9, 2016) – Sol Gabetta, one of the world’s most renowned cellists, will join the Houston Symphony under the direction of guest conductor John Storgårds for Haydn & Sibelius at 8 p.m. on February 12 and 13 and 2:30 p.m. February 14. She will perform two cello concertos: Haydn’s Cello Concerto No. 1 in C major and Saint-Saëns’ Cello Concerto No. 1 in A minor.

Argentine-born Gabetta, who has been winning musical awards and competitions since age 10, came to international acclaim in 2004 after winning the Crédit Suisse Young Artist Award, which provides talented young soloists with performing opportunities, helping them launch their careers. Gabetta maintains an extensive performance schedule, traveling the globe and performing in the world’s most famous venues. Gabetta often performs with violinist Patricia Kopatchinskaja, who appeared with the Houston Symphony in late January.

Conductor John Storgårds returns to Houston to display his prowess with the baton as well as with the bow when he leads from the concertmaster chair during the Haydn cello concerto. Storgårds is the chief conductor of the Helsinki Philharmonic Orchestra and principal guest conductor for both the BBC Philharmonic Orchestra and the National Arts Centre Orchestra in Ottawa, Canada. He has appeared with numerous ensembles all over the world, both as a solo violinist and conductor, and has recorded several award-winning albums. Storgårds will also conduct the Houston Symphony in Sibelius’ The Bard and Symphony No. 1.