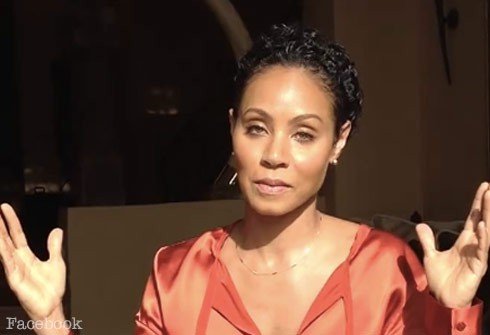 With the Academy Awards ceremony set to take place in a few weeks, Jada Pinkett-Smith has found one more Oscar snub worth addressing: Idris Elba’s performance in “Beasts of No Nation,” for which he didn’t receive a nomination.

Pinkett-Smith notes that many found the movie was “too difficult of a movie to watch,” and that there’s no way the Academy is going to acknowledge a film about a cannibal child killer/rapist.

“Partly the reason that we have art is so that we can come out of our comfort zones and get to know about different cultures, different realities. And I must admit, Idris’ performance in that movie was fantastic,” she said.

“If we’re going to have awards shows, it’s not watching movies based on preference, necessarily, especially if we claim that it’s about merit. But we need to watch movies because, if we’re having awards shows, we need to make sure that we are committed to being inclusive to everything,” she added.

The Oscars will air Sunday, February 28, live on ABC. Chris Rock is still set to host the show, but he fears the event “could go horribly wrong” as the controversy heightens.

Rock is featured on ESSENCE mag’s annual Hollywood cover for March, and the comedian talks about the Oscars, diversity and how black women are treated in entertainment. He also vows to “do my best” as host despite his fears that anything could happen at this point.

“I’m going to do my best,” says Rock. “It could go horribly wrong. Don’t ever think that it can’t. That’s when it goes wrong—when you don’t think there’s any chance of it going wrong. If you know it won’t, it probably won’t.”