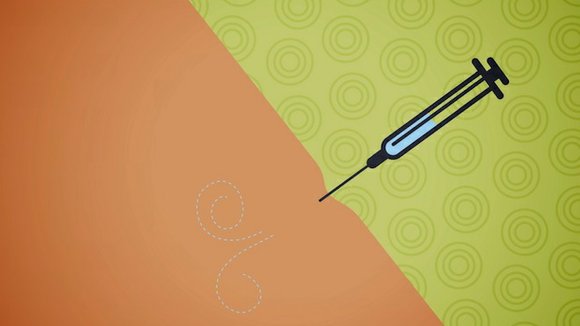 The human papillomavirus vaccine (HPV) was first recommended for adolescent girls in the United States in 2006. Since that time, the prevalence of the cancer-causing virus has been dropping among young women, according to a new study.

(CNN) -- The human papillomavirus vaccine was first recommended for adolescent girls in the United States in 2006. Since that time, the prevalence of the cancer-causing virus has been dropping among young women, according to a new study.

Researchers at the Centers for Disease Control and Prevention compared the rates of HPV infection in women 14 to 34 years of age during the years before the vaccine was recommended, between 2003 and 2006, with the most recent years for which data are available, 2009 to 2012.

"These results are very encouraging and show the effectiveness of the vaccine," said Dr. Lauri E. Markowitz, a medical epidemiologist at the CDC and lead author of the study, which was published Monday in the journal Pediatrics. "Eventually we expect to see decreases in HPV in older groups as women who were young (enough to get the vaccine) age," Markowitz added.

Among the 14- to 24-year-old women in the study who were sexually active, rates of infection with the HPV types in the vaccine was only 2.1% among those who were vaccinated, compared with 16.9% among their unvaccinated counterparts.

The CDC Advisory Committee on Immunization Practices recommends the three-dose HPV vaccine for girls, and as of 2011 also boys, 11 to 12 years of age. The vaccine is recommended for women and men up to ages 26 and 21, respectively.

The researchers found that 51% of girls 14 to 19 years old reported having received at least one dose of the HPV vaccine. Rates were 33% and 15% among the women 20 to 24 and 25 to 29, respectively. Among the 30- to 34-year-olds, only 3% said they had gotten the vaccine because they were generally too old to receive it by the time it was first recommended.

There are signs that rates of HPV vaccination are on the rise. National surveys reported that the number of girls 13 to 17 years of age who received at least one dose of the HPV vaccine climbed from 44% in 2009 to 54% in 2012.

In keeping with the trend toward greater vaccine coverage, an earlier study by Markowitz and her colleagues found that the prevalence of HPV types was 5.1% among 13- to 17-year-olds between 2007 and 2010, the first years after the vaccine was available, slightly higher than the 4.3% in the current study among 14- to 19-year-olds between 2009 and 2012. The waning prevalence of HPV among adolescent girls in more recent years is probably the result of more adolescent girls getting the HPV vaccine, Markowitz said.