Voting is a Privilege, Don’t Take It for Granted 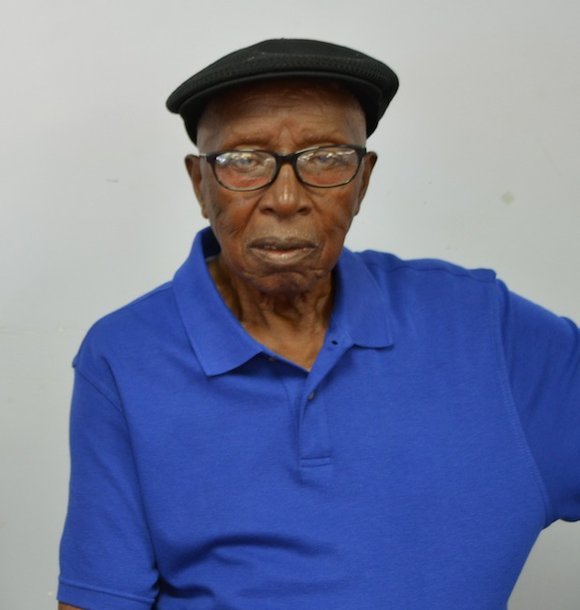 At 93 years old, Mathis W. Burton, Sr. has been involved in the political process for seventy plus years. He does not quite remember the first time he voted but he did recall that it was sometime in the seventies. When he was able to cast his first vote, Burton said he felt great. “I knew I was a man then,” he said.

He felt like a man since it was a long time before African Americans were considered people. Slavery made the Black man property, something that was owned. They had no rights or privileges. It was laws that changed that. People using their voices to change the way things were done and how people were treated. It is our responsible to continue that legacy by participating in the process of voting.

The struggle for the right for African Americans to vote has been an ongoing battle that is still being threatened this day. It was in 1869 when the Black man first got the right to vote under the 15th amendment. Voting by Black men went on a decline in the 1890s due to the grandfather clauses of Louisiana that prevented former slaves and their descendants from voting and poll taxes and tests under Jim Crow laws. Although Blacks were no longer in slavery they felt very much oppressed since laws restricting them from using their voices in the political process forcibly silenced their voices.

After many nonviolent acts to change such laws led by leaders such Dr. Martin Luther King, Jr., then President Lyndon B. Johnson permanently signed the Voting Rights Act banning all practicing that acted as a barrier to racial and ethnic minorities to voting. Five years later President Richard Nixon signed an extension to the law. These actions opened the doors for the first African Americans to be in Congress.

In 1972, Barbara Jordan and Andrew Young became the first elected African Americans in Congress. Congresswoman Jordan reflected on that as the keynote speaker at the 1976 Democratic National Convention saying, “I feel that not withstanding the past that my presence here is one additional bit of evidence that the American dream need not forever be deferred.”

It was not deferred but it most definitely tested. Texas became one of many states with some of the strictest and rigid Voter ID laws in the nation. Federal courts cited the laws as a racial impact and blocked it. Other tests came so multiple Presidents including Gerald Ford, Ronald Reagan, and George W. Bush had to sign extensions to the Voting Rights Act to protect that most precious right of African Americans and minorities. This is why men like senior Burton and many others know that voting is a privilege. “It makes me think I got the same rights everyone else,” said Burton.

Which is why if you, no matter your skin tone but especially if you are a minority, have not early voted or don’t plan to vote on March 1st it is a crime. You can’t complain about the laws if you are not part of the solution to fix the laws. You can’t wave the banner of Black Lives Matter without making your vote matter. Because your vote does matter! That is a lesson Mr. Burton has known for a long time. “I pick the kind of people that I want, “said Burton as he told me that is what voting is all about. It is using your right to dictate how the political process and government should work for the people.

When thinking about what our ancestors had to be challenged with just to get that right and we take it for granted is more than heart breaking. Do whatever you can to make sure you get to the polling station to vote and take someone with you. Take action and vote. However, if you can’t get to the polls, do like Mr. Burton and mail your ballot in. He happily told me he has already sealed his ballot and sent it off. His choice for President is no secret. “I voted for Hillary Clinton because I think she is the best choice,” he said smiling.

Early voting ends this Friday, February 26th. Election day for the Democratic and Republican Primary is March 1st. Make sure to bring your proper ID to cast your vote. More information can be found at www.harrisvotes.com and www.fortbendvoterinfor.com. Share this story online at www.stylemagazine.com.