Kendrick Lamar To Appear On Jimmy Fallon This Week 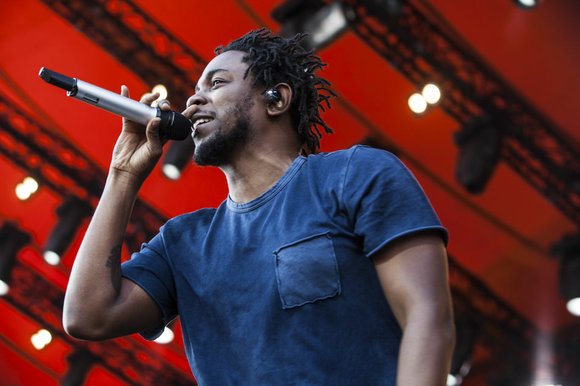 Kendrick Lamar is responsible for one of the GOAT talk show musical performances, his rendition of an untitled track on The Colbert Report in 2014 - the first and last time that song saw the light. Backed by Bilal, Thundercat, Terrace Martin, & Anna Wise, Kendrick unleashed righteous fury on the microphone. Why did he never release that amazing track? Only Jah knows.

Anyways, Lamar was invited to be the first guest when Stephen Colbert took over "The Late Show" in August, and later this week, on Thursday, January 7, he will continue his talk show dominance with an interview and musical performance on The Tonight Show with Jimmy Fallon. He last appeared on Fallon in 2014, when he performed alongside Alicia Keys and Pharrell.

Tune in to Fallon this Thursday to see Kendrick Lamar in action.