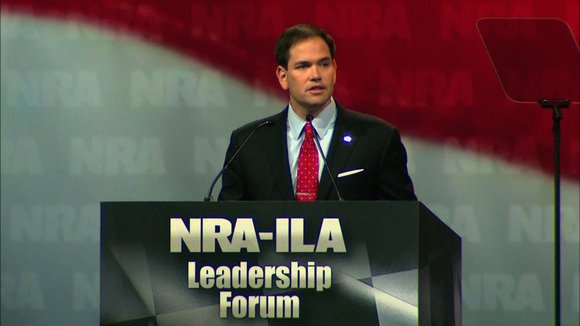 WASHINGTON (CNN) -- Sen. Marco Rubio has postponed a presidential campaign fundraiser to attend a classified briefing on the situation in North Korea on Monday amid scrutiny of his Senate attendance.

The Senate Foreign Relations held a closed-door hearing in the Capitol on Monday at 5 p.m., where senators were be briefed by officials from the State Department, Office of the Director of National Intelligence and Department of Defense.

Rubio is a member of the committee -- a fact he has often touted on the presidential campaign trail as evidence of his foreign policy bona fides.

The Florida Republican was scheduled to be at a fundraiser in his home state Monday at 6 p.m. after campaigning there in the afternoon, which would have prevented him from going to Washington.

Monday afternoon, after publication of this story and others highlighting the schedule conflict, a spokesman for Rubio's Senate office said he would be at the hearing after all.

His campaign said the fundraiser would be rescheduled.

Rubio's Senate spokesman said the senator will also be getting a separate briefing on Tuesday as a member of the Senate Intelligence Committee, as well as attending the State of the Union, vote on auditing the Federal Reserve and meeting with the King of Jordan about the refugee crisis in Syria.

"Sen. Rubio will be in Washington tomorrow to receive a classified intelligence briefing from intelligence staff on North Korea and other issues, and to participate in a classified Intelligence Committee meeting on terrorism," Alex Burgos said.

Rubio arrived at Monday's hearing roughly an hour and 20 minutes in, and then left after about 20 minutes. He maneuvered his way around Capitol hallways to avoid the assembled reporters and did not answer questions.

The confusion over Monday's hearing was just the latest incident of Rubio apparently missing Senate obligations, which his opponents have used against him in the race. Rubio has the worst voting record this year of any of the senators running for president, and he missed a classified briefing on the Paris terrorist attacks for campaign events.

When Rubio missed the Paris hearing, the senator's spokesman also said Rubio was attending better briefings as a member of the Senate Intelligence Committee, where he has access to intelligence not open to other members of the Senate.

Rubio has made his foreign policy experience part of his campaign pitch -- saying none of his opponents have more experience with the issue.

He also was the first to put out a statement of dismay when North Korea claimed to have detonated a hydrogen bomb in a test last week, saying he had been "warning" about the threat and criticizing President Barack Obama for not seeing it.

Rubio has also dismissed the attacks on his voting record, saying he shows up for the votes that matter and that some tradeoffs will happen when a senator runs for president. Rubio is not running for reelection as a senator.