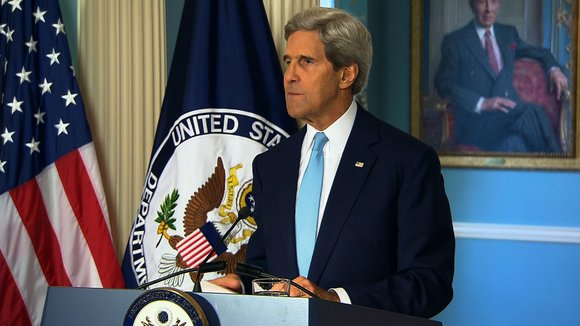 Secretary of State John Kerry on Monday dismissed concerns that Saudi Arabia might seek to buy a nuclear weapon to balance the deck with Iran.

"You can't just buy a bomb and transfer it," Kerry told CNN's Wolf Blitzer on Monday.

Relations between Saudi Arabia and Iran, already tense, have deteriorated in recent weeks with the Saudi execution of a Shiite cleric and Iranians storming the Saudi Embassy in Tehran.

Blitzer pointed out that Saudi Arabia has plenty of money that could be put toward buying a nuclear weapon.

"There's all kinds of (nonproliferation treaty) consequences," Kerry countered. "I mean, there are huge implications of that. And Saudi Arabia knows, I believe, that that is not going to make them safer, nor is it going to be easy, because the very things that Iran went through, they would then be subject to with respect to NPT and inspection and so forth."