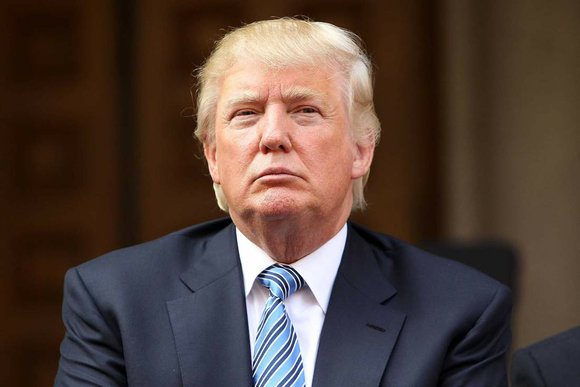 Donald Trump and Bernie Sanders may have little in common on policy, but they have one message that has fired up both their respective bases: The system is rigged and I'm the only one who's not in the pockets of big-money donors.

Good government crusaders who have long sought champions for getting big money out of campaigns may have found them in the billionaire whose opponents have dubbed a fascist and a self-proclaimed Democratic socialist.

Trump has often bragged of buying politicians before becoming one himself, and cited the recent news of a Goldman Sachs loan to Ted Cruz to reiterate his point.

"That is the way it is. Somebody gives them money, not anything wrong, just psychologically, when they go to that person, they're going to do it," Trump told CNN's Jake Tapper on "State of the Union" Sunday. "They owe them. And by the way, they may therefore vote negatively toward the country. That's not going to happen with me."

Trump went a step further Sunday and said he would consider campaign finance reform, something long anathema for many within a Republican Party that largely supported removing campaign finance limits.

It's a message tailor-made for the post-Citizens United world, where anyone paying a modicum of attention to national politics has been buffeted by stories of unfettered contributions from anonymous donors and promises from billionaires like the Koch brothers to flood the zone in 2016.

But until now, disaffected Democrats, Republicans and independents haven't had messengers. Now they've got two, including one who can hardly talk about anything else.

Look at how Sanders answered NBC debate moderator Andrea Mitchell on Sunday night when she asked how he would make Medicare-for-all a reality.

"Do you know why we can't do what every other country -- major country on Earth -- is doing?" Sanders asked. "It's because we have a campaign finance system that is corrupt, we have super PACs, we have the pharmaceutical industry pouring hundreds of millions of dollars into campaign contributions and lobbying, and the private insurance companies as well."

The champions of campaign finance reform have traditionally been liberal and relegated to the margins of presidential campaigns. Harvard professor Larry Lessig raised the $1 million he needed to mount a Democratic bid focused almost exclusively on cleaning up the campaign financing system.

But Trump and Sanders also have another thing in common: They have harnessed anti-establishment anger this cycle to become serious contenders for the Republican and Democratic nominations.

Democrats have long railed against the dangers of unchecked campaign donations, tying the Citizens United decision together with the influence of energy tycoons Charles and David Koch. But candidates like President Barack Obama and Hillary Clinton, while calling for campaign finance reform, have nevertheless reached out to high-dollar donors for critical support, something not lost on Sanders, who has been most effective when knocking Clinton for her Wall Street ties.

But Trump supporters have been some of the most ardent about getting big money out of campaigns and getting behind someone they say will not be bought.

"I have a lot of faith in him, just like when Ross Perot was in," said Mike Bendickson, 65, of Eldora, Iowa, as he waited to head into a Trump rally in Des Moines, Iowa, last month. Perot, the billionaire Texan, ran two independent presidential bids in the 1990s, helping divide the vote and helping Bill Clinton win the White House.

"The rest of the people they let the lobbyists buy them off and stuff and then nobody else has any say-so on nothing," Bendickson said. "So I just believe our country is so corrupt with our politicians now that I don't think there's anyone else in there other than Donald Trump that's not corrupt."