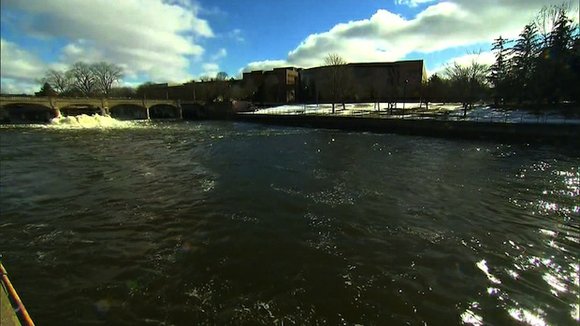 (CNN) -- Michigan Attorney General Bill Schuette announced Monday he is appointing an ex-prosecutor and Detroit's former FBI chief to join the investigation into Flint's water crisis, creating a "conflict wall" between the state's probe and the lawsuits targeting the state.

The previously announced investigation will determine "whether any Michigan laws were violated in the process that created a major public health crisis for Flint residents."

Word this month that the attorney general would investigate what happened in Flint marks an about-face from Schuette's stance in December, when he said, according to CNN affiliate WEYI, that an investigation was unnecessary, "given the multiple reviews by federal and state agencies, and the pending and potential federal court actions."

Schuette on Monday addressed those who criticized him for initially declining to launch a probe, then criticized him again when he announced he would investigate the matter.

"Most reasoned people can see the hypocrisy of that," he said.

Other critics have wondered aloud if letting Schuette investigate Flint's water dilemma presents a fox-watching-the-henhouse scenario. Attorneys general represent the state and governor in lawsuits, of which there are at least four concerning Flint's water.

Schuette, however, said in a statement that in appointing ex-FBI chief Andrew Arena and naming former Wayne County assistant prosecutor Todd Flood as special counsel, he is creating "an ethics-based conflict wall between him and his investigation team, and the team defending the governor and state departments against Flint water-related law suits."

"I have every confidence in Todd Flood, Andrew Arena and our team to work with me on this independent investigation. This investigation is about beginning the road back, to rebuild, regain and restore trust in government," Schuette said in his statement.

Repeatedly asserting that Flint residents shouldn't have to pay for "bad water" that they can't drink or bathe a child in, the attorney general told reporters Monday it was "outrageous" that some of those involved would treat the water crisis as a chess board -- and the city's residents as pawns -- to gain political advantage.

Arena said he would enter the investigation "with no predispositions, no preoccupations," as the only details to which he was privy came from the media. Flood, who will spearhead the investigation, told reporters he was prepared for a thorough and lengthy investigation.

"We're going to get to the bottom of what happened in this situation. The people deserve that," Flood said. "There needs to be an answer where people can understand and hold accountable, if any, those who were at fault. ... It's not about time; it's about doing it right."

The switch to Flint River water

Schuette's move came after weeks of city and state officials trading barbs over who was ultimately culpable for the corrosive water that was pumped from the Flint River into the city's homes.

About two years ago, while in charge of the city's budget amid a financial emergency, the state decided to temporarily switch Flint's water source from Lake Huron to the Flint River to save money until a new supply line to Lake Huron was ready. The river had a reputation for nastiness, and after the April 2014 switch, residents complained their water looked, smelled and tasted funny.

Virginia Tech researchers found the water was highly corrosive. A class-action lawsuit alleges the state Department of Environmental Quality didn't treat the water for corrosion, in accordance with federal law, and because so many service lines to Flint are made of lead, the noxious element leached into the water of the city's homes. On Thursday, the feds said both the city and state were to blame.

In an emergency administrative order, the Environmental Protection Agency slammed the city of Flint, the Michigan Department of Environmental Quality and the state of Michigan, saying they are all responsible for the lead contamination in the city's water.

Their responses to the crisis, the EPA said, were "inadequate to protect public health." The emergency order requires the EPA to start doing its own lead testing in Flint's water system.

The EPA also announced it will put forward a revision to the Lead and Copper Rule, based in part on the experiences in Flint. The federal rule provides the basis for testing of lead and copper levels in drinking water. The EPA expects a proposal to be ready for public comment in 2017.

President Barack Obama announced Thursday that $80 million in new funding would be available to Michigan next week to help the state improve its water infrastructure.

"Our children should not have to be worried about the water that they're drinking in American cities," he said.