Making Up the Houston Sports Roster 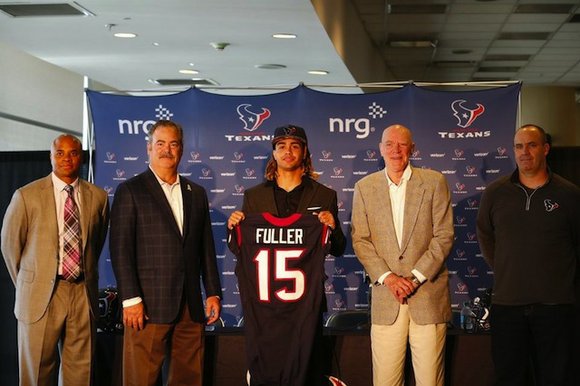 The sports line up for Houston is shaping up for the upcoming season. It is sure to be an exciting time for fans and score big points for the home team. See who is proud to rep Houston in the field of sports.

The Texans have signed first round draft pick Will Fuller. According to reports, Fuller is expected to sign to a five year deal worth $10.164 million with a $5.592 million signing bonus that'll count $1.848 million against the cap in his rookie year. Fuller joins the list of other recruits of Round Two pick Nick Martin of Notre Dame, Round Three pick Braxton Miller of Ohio State, Round Four pick Tyler Ervin of San Jose State, and Round Five picks K. J. Dillon of West Virginia and D.J. Reader of Clemson,

During the 2016 NBA Draft, the Houston Rockets selected forward Chinanu Onuaku with the 37th overall pick and center Zhou Qi with the 43rd overall pick. Onuaku (6-10, 245) and Qi (7-1, 218) were both early entry candidates in the draft. Onuaku following his sophomore season at Louisville, averaged 9.9 points, 8.5 rebounds and 2.0 blocks as a sophomore and shot 61.9% from the floor for his career. Qi (7-1, 218) spent the past two seasons playing for the Xinjiang Flying Tigers of the Chinese Basketball Association (CBA), averaging 15.1 points, 8.6 rebounds and 3.2 blocks while shooting 64.0% from the floor and 75.2% from the line. They should be great additions to the Rockets line up. 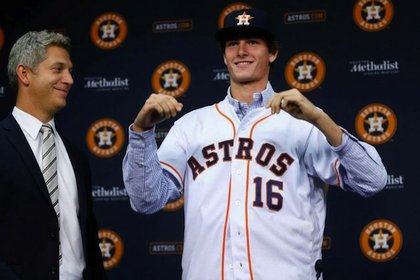 The Houston Astros signed right-handed pitcher Forrest Whitley, who was selected with the 17th overall pick in the first round of the 2016 MLB First Year Player Draft. Terms of the contract were not disclosed. In regular season action, the 6-foot-7 righty 18, posted a 9-1 record and a 0.31 ERA in his senior season at Alamo Heights High School in San Antonio, Texas. He was also named to the Rawlings-Perfect Game 1st Team All-America and Texas All-Region 1st Team. In addition to Whitley, the Astros have also signed six more players taken in the 2016 MLB Draft including Raymond Henderson-Lozano, Troy Sieber, Nathan Thompson, Chaz Pal, Tyler Wolfe and Lucas Williams.

The Houston Dynamo have signed Rio Grande Valley FC midfielder TJ Casner to a Short Term Agreement. Casner, 21, leads Rio Grande Valley FC and is tied for the USL lead with four assists this season. The Irvine, California native has appeared in all 13 games this season and logged 970 minutes. The Dynamo selected Casner in the third round (No. 47 overall) of the 2016 MLS SuperDraft after a four-year career at Clemson University. He enjoyed his best season in 2015, leading the Tigers to the NCAA College Cup championship game with a team-leading 10 goals and four assists.