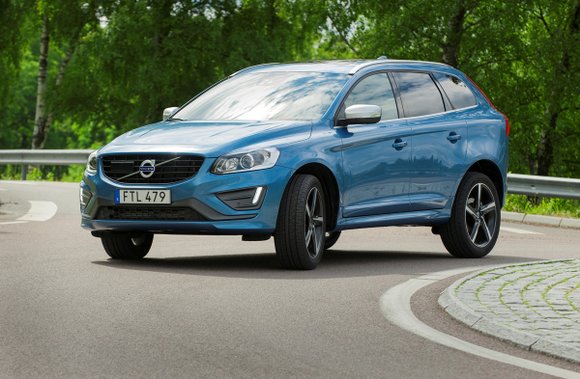 DETROIT – Volvo has begun to revamp its product line. The Swedish automaker introduced an all new XC90 last year and showed off a brand new S90 at the beginning of this year. But while it debuts the new, it must keep the old up to date and interesting. That is exactly what Volvo has done with one of its best-selling models, the XC60.

In a nutshell, this midsized utility vehicle was comfortable, efficient, stylish, easy to drive and technologically advanced. Volvo has always been a safety leader and that has translated into comfortable seats. Even though XC60 styling is getting a little long in the tooth, it is still distinctive. There’s nothing on the road that looks anything like a Volvo. That’s a good thing in a market that is cluttered with vehicles.

The XC60’s design was freshened but that was two years ago and it was an evolutionary change. The vehicle got a new hood, front fenders and a wider fascia. The headlights were redesigned, the grille was bolder and it was given a larger Volvo Ironmark which is the brand’s logo. The front spoiler was lowered; it got vertical LED DRLs as well as what Volvo called front and rear skid plate “décor.” It was a nice design job.

Inside, in addition some of the best seats in the industry, the XC60 was ergonomically correct. We didn’t have to reach for anything. What’s more, instrumentation was different but simple; maybe that what made it simple.

In front of the driver, was one TFT screen smoothly broken into parts. A circular metallic ring separated the odometer and speedometer in the center. Temperature was on the left; on the right was a power gauge. At the bottom of this layout was some rudimentary information, the XC60 got 22.7 mpg and averaged 32 mph during the test drive.

Sightlines were great. Our only gripe was that the XC60, though it was a two row utility vehicle, was still high enough that a car on the passenger side right at the B pillar could not be seen. You could look right over the hood. Volvo has turned safety into a selling point. It might not be a bad idea to make blind spot monitoring standard on the XC60.

And the XC60 is a utility vehicle. It was a nice touch that when we folded the second row seats which were split 60/40 that the headrest automatically flopped forward too. With the second row folded there was a flat cargo floor. That made it especially easy to slide a 48-inch flat screen TV, in the box, into the cargo area. The power lift gate made that easier too.

There was plenty of headroom in the second row. Legroom was a little close but we opted to test that area’s sitting behind the driver’s seat which we didn’t move forward. The cupholder in the second row armrest was surprisingly sturdy. That’s a place where many automakers scrimp, no doubt thinking that it will get little use.