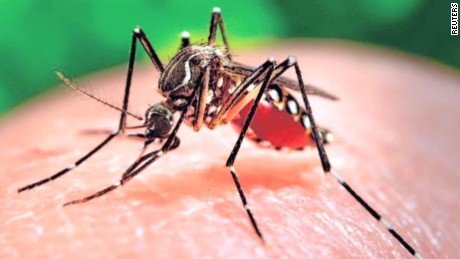 By Emanuella Grinberg and Debra Goldschmidt

(CNN) -- The Florida Department of Health said it is investigating a possible non-travel related case of Zika virus in Miami-Dade County.

As of July 13, there have been 1,306 cases of Zika reported in the continental United States and Hawaii, the Centers for Disease Control and Prevention said. None of those has been the result of local spread by mosquitoes.

The CDC said it is closely coordinating with Florida officials leading the investigation.

The Florida Department of Health is considering all known routes of transmission, including the possibility that it could be travel related, spokeswoman Mara Gambineri said.

Cases of infection through sexual transmission with someone who traveled to a Zika zone are counted as travel related.

Also, the CDC and Utah health officials are working to investigate how an infected person whose relative died from Zika contracted the disease. They have ruled out travel and sexual transmission. Although unlikely because the Zika-carrying mosquitoes do not live in Utah, officials are also considering local mosquito transmission.

The virus is also linked to Guillain-Barre Syndrome, a rare condition in which the immune system attacks nerves. After it attacks nerves, it can lead to temporary paralysis.

Florida has been closely monitoring the spread of the virus, stepping up its mosquito-borne illness surveillance and mosquito control efforts. Seven new cases were reported Tuesday, bringing the total number of cases in the state to 316, including 43 pregnant women.

The state has been monitoring pregnant women with evidence of Zika, regardless of symptoms, since January.

The virus is widespread among mosquitoes throughout the Americas, and U.S. health officials have expected locally transmitted cases of the virus from mosquitoes, but not widespread transmission.

That's based on limited transmission of other similar viruses such as chikungunya and dengue fever in the United States, in part because of living conditions including air conditioning and window screens.