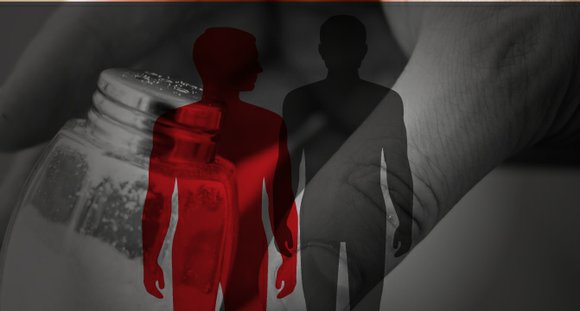 An exaggerated response to too much sodium in the diet may be as dangerous as high blood pressure when it comes to cardiovascular diseases. But researchers are still years away from being able to detect and treat so-called salt sensitivity in everyday practice, according to a statement released Thursday by the American Heart Association.

Salt sensitivity is determined when a person’s blood pressure goes higher when consuming the same amount of salt as a salt resistant person.

Cheryl Laffer, M.D., Ph.D., who led the committee that wrote the new statement, advises her patients with high blood pressure to avoid eating too much salt because of their increased risk for salt sensitivity.

But the condition has broader health implications, she said.

The condition is considered as strong a risk factor as high blood pressure, yet there are many unknowns, said Fernando Elijovich, M.D., coauthor of the statement and a professor of medicine at Vanderbilt.

The lack of standardized cutoffs for salt sensitivity and methods for testing salt sensitivity prompted the new statement, Elijovich said. “It’s a mess the way it’s being investigated in humans.”

For example, researchers have been using different thresholds to define salt sensitivity. In the statement, it is defined as a sustained drop in systolic blood pressure — the top number of a reading — of at least 10 mmHg, following testing that involves raising sodium, severely restricting sodium, then measuring the resulting blood pressure changes, and continuous measurements of sodium in the urine.

Changes in blood pressure are measured for up to 24 hours after lowering sodium.

“Perhaps in less than a decade we’ll have a reasonable test that could be used in a clinic,” Elijovich said. But for now, he said, “it has no diagnosis of certainty with a test, and there is no specific treatment.”

The statement details how the body handles excess sodium, with the kidneys, heart and nervous system all potentially impacted by salt sensitivity’s influence on blood pressure.

“The prevailing theory until very recently was that [salt sensitivity] was all the kidneys’ fault,” Laffer said.

Researchers thought blood pressure rose to force the kidneys to excrete excess sodium, but “it’s not that simple,” Laffer said. For example, the body might store the extra sodium in muscle and skin cells.