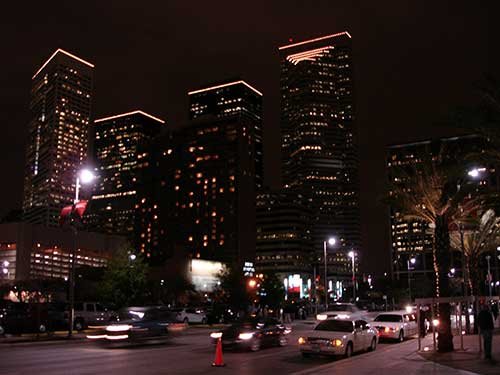 HOUSTON – (June 1, 2016) – Whites more often live in majority Hispanic neighborhoods in Harris County than in majority African-American neighborhoods, according to a new report from Rice University’s Kinder Institute for Urban Research that sheds light on the shifting racial composition of Houston-area communities.

"The Shifting City: Houston's History of Unequal Racial Change" provides a comprehensive look at the evolution of the area's racial and ethnic composition on a small geographic scale. The analysis uses two new approaches designed to better capture the nuances of this diversity and recent demographic shifts. These new approaches to measuring racial-ethnic composition are part of a larger effort to better understand neighborhood inequality in Houston. The Kinder Institute's "Disparity Atlas," released to accompany this report, also provides a series of maps that show how social and economic outcomes differ across neighborhoods. The atlas is available online at http://www.kinder.rice.edu/HoustonDisparityAtlas.

"This distinction in where whites live and whom they live near is actually pretty common across U.S. cities," O'Connell said. "What is striking about this being the case in Harris County is that we so often talk about the racial-ethnic diversity of the area, but that diversity isn’t really playing out across the county, and not even across different racial-ethnic groups. That says something about the social boundaries that we’re dealing with when we try to address disparity in Houston."

Other findings from the report include the following:

Thirty percent of majority white tracts in 1980 are now majority Hispanic and 29 percent have no majority today.

The position of black communities has been less disrupted by Houston's demographic changes. Many boundaries delineating majority black areas in 1980 remained largely intact in 2010.

Areas where no single racial-ethnic group has a majority tend to be along or near the edges of the city. In 1980, almost all of these areas were majority white.

O'Connell noted that the persistence of African-American neighborhoods over time may be particularly important when thinking about why they are among the most disadvantaged in the county. She hopes that the report will help improve understanding of the diversity of Houston's neighborhoods, including their demographic compositions and the range of resources available in those different neighborhoods.

"Individuals interested in understanding the inequalities of cities need approaches to measuring racial and ethnic composition that reflect the complex urban landscape," O'Connell said. "For Houston, that landscape is diverse and changing. And the same is likely true in other cities in the Sun Belt, on the West Coast and in traditionally studied cities such as Chicago and New York.”

The report is available online at http://kinder.rice.edu/.