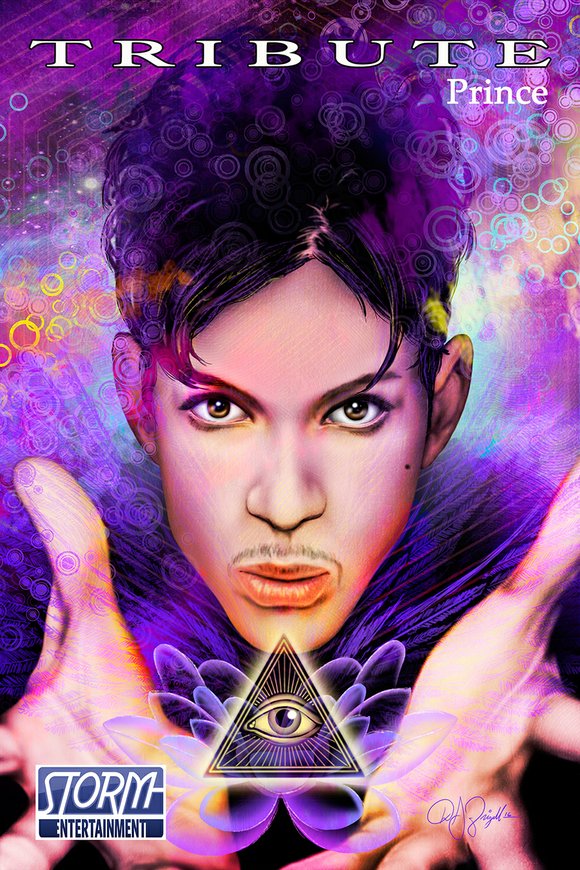 After his untimely death last month, Prince left behind more than a legacy of memorable songs, but bequeathed an indelible imprint on popular culture as well. Storm Entertainment captures this spirit in a new tribute comic book biography released this week in time for his birthday June 7th.

Tribute: Prince, available in both print and digital.

So much has been left unsaid about the passing of legendary music innovator Prince Rogers Nelson. The book chronicles his meteoric rise to dominance in the pop/funk music scene.

"I first became aware of Prince's music when I was in high school thanks to '1999,' 'Little Red Corvette,' and others. I remember listening to his stuff almost religiously when the soundtrack to 'Purple Rain' hit. His sound and lyrics defined the era for me in ways that Michael Jackson didn't and, quite frankly, couldn't. The subjects of his songs spoke to me in ways I didn't understand until I was older, but the dark poetry of them compelled me to keep listening. To this day, my iPod is full of his work, and I listen to it as I write." said writer Michael Frizell.

Storm Entertainment president Darren G. Davis added, "I hope readers come away with not simply a sense of the richness of his life, but how he influenced practically every artist that came after; regardless of genre."

The “Tribute” series serves as a pop culture companion to Storm Entertainment’s successful “Female Force,” “Political Power,” “Orbit,” and “Fame” series. The biography comic form allows Storm’s talented writers to delve into the history of certain newsworthy figures and explore what shaped them. Storm Entertainment’s biographical comic books have been featured on CNN, Politico, Roll Call, The Today Show, FOX News, and in People Magazine among thousands of others.

Print copies of Tribute: David Bowie can be ordered starting at $3.99 at Comic Flea Market by going to www.comicfleamarket.com