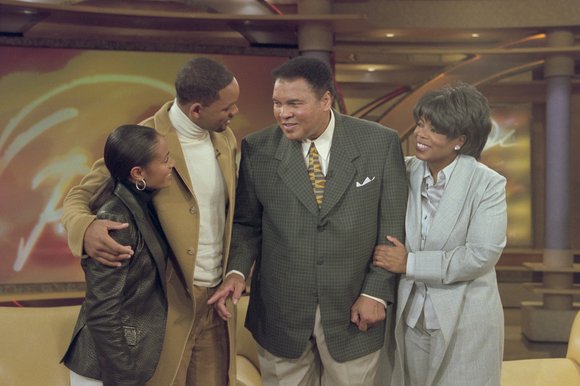 Los Angeles, CA – In memory of legendary boxer Muhammad Ali, OWN: Oprah Winfrey Network will present a special re-airing of the boxer’s rare television interview from “The Oprah Winfrey Show” in 2001 to air this Tuesday, June 7 at 7:00 p.m. ET/PT on OWN.

During this sit-down interview, Oprah Winfrey chats with Will Smith, Jada Pinkett Smith and Muhammad Ali about the film “Ali,” a biography about the sports legend’s life. Smith discusses the two years he devoted to preparing for the physically demanding role of Ali, the boxer’s response when he found out Smith would be playing him and the impact Ali had on the world. Ali shares his thoughts on Smith’s portrayal of him in the film, whether Smith adequately captured his famous “float like a butterfly, sting like a bee” moves and the honor he felt seeing his life story on the big screen.