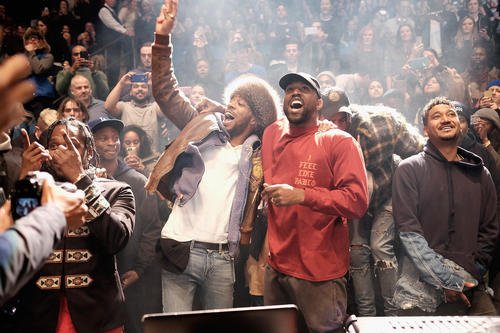 After a failed pop-up show following the debacle of an NYC weekend that included the cancellation of Governors Ball and a half-complete Summer Jam, Kanye West has now officially announced his "Saint Pablo" tour.

For the hoards of fans that didn't get the chance to see Yeezy perform in Manhattan, the rapper will be returning to New York's Madison Square Garden for two nights of shows. He'll be hitting most every major city in the U.S., kicking off with Indianopolis on August 25th, running through the fall months, before wrapping up in Las Vegas on October 29th.

Check out the complete list of cities "The Saint Pablo" tour hits below. Tickets go on sale Saturday June 18 over at livenation.com. There's no word yet as to who will be opening up Kanye's tour.

Are you planning to cop tickets? Let us know in the comments.