Kerry Washington to Domestic Violence Victims: 'There is a way out' 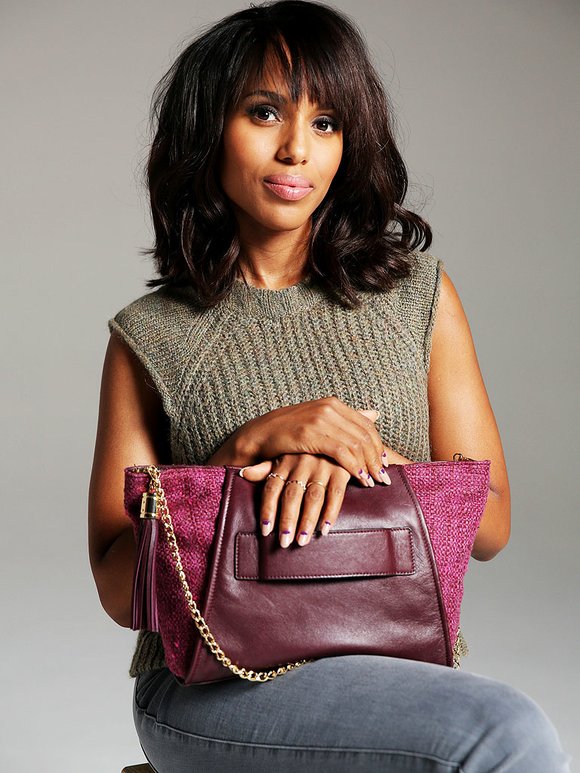 (CNN) -- Kerry Washington has a message for women who feel trapped in an abusive relationship: "There is a way out."

The star of ABC's "Scandal" is partnering with the Purple Purse campaign, sponsored by the Allstate Foundation, to launch their #FreetoWalk initiative. Today Washington is taking her message to the White House where she will speak at the United State of Women Summit, and meet with First Lady, Michelle Obama. Violence against women and the importance of female financial independence are the primary focus the summit.

"I have known more than one person [that was] the victim of domestic abuse," Washington told CNN. "The reality is most of us have ... whether that's in the public eye or someone close to us."

Washington has been an ambassador for the Purple Purse campaign for three years. Purple Purse works to remove financial barriers that can prevent women from leaving an abusive relationship. The foundation has raised more than $5 million last year for community organizations that work to support victims of domestic abuse.

"The most important thing to know is there is a way out," Washington said. "That there is a way to learn how to become financially self-supporting and take care of yourself so that you can make decisions for yourself that are empowering."

One in four American women will experience domestic violence in her lifetime, according to the CDC.

"Beyond cuts and bruises, financial abuse is the silent weapon that allows perpetrators to maintain power and control in relationships," spokesperson for the Purple Purse foundation, Vicky Dinges told CNN. "Without money or access to financial resources, even transportation, victims feel trapped in homes that feel more like prisons."

Individuals can donate to this campaign by going to PurplePurse.com. Any woman who needs immediate help should call the National Domestic Violence Hotline at 1-800-799-SAFE (7233).