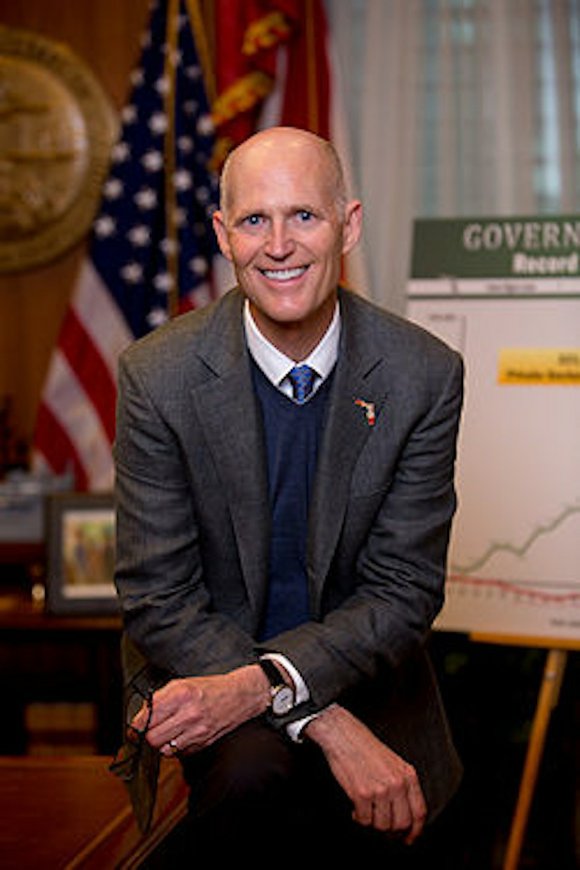 Florida Gov. Rick Scott said Monday that there is nothing nefarious in Donald Trump's suggestion that President Barack Obama has an ulterior motive when it comes to counterterrorism.

Trump had stoked the flames earlier on Monday after the massacre in Orlando, saying on FOX News that the President had "something else in mind" given his policies and reluctance to say the phrase "radical Islamic terrorism."

"I think what he's saying is -- we have to have a President that is going to focus day-in and day-out on something that's important to our country. Is he destroying ISIS?" Scott told CNN's Erin Burnett on "OutFront." "I support Donald Trump because I believe he's a businessperson that's going to get the economy going, but also he's going to focus on how we destroy ISIS."

Trump reacted to the killings at a gay nightclub in Scott's home state in a series of phone interviews in which he encouraged the country to toughen up immigration laws.

The Orlando massacre was the deadliest in U.S. history, with 49 killed and more than 50 injured.