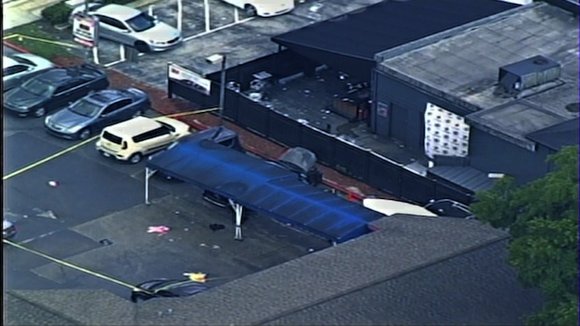 gay nightclub in Orlando, Florida was the scene early Sunday, June 12, 2016 of the worst terror attack in U.S. history since 9/11.

By Barbara Starr and Ryan Browne

WASHINGTON (CNN) -- ISIS in recent weeks has suffered significant battlefield setbacks in Syria, Iraq and Libya, but questions remain whether the counter-ISIS military campaign can reduce the likelihood of terrorist attacks like Sunday morning's deadly Orlando massacre that killed 49 people.

Whether ISIS' territorial losses will have a major impact on terrorist activity in the West may largely depend on whether the attacks are "inspired" or "directed" by ISIS.

If ISIS hopes to be able to directly order attacks against the West and other targets, it will need to be able to maintain control of territory in Iraq and Syria as key safe havens, according to a U.S. official directly familiar with the latest analysis on the organization.

The U.S. assessment is that ISIS understands the critical needs for a safe haven inside Syria and Iraq, even as it is losing territory in both places. The official notes a "virtual caliphate" -- essentially simply operating in cyberspace will not give ISIS the full battlefield oriented capability it needs.

The November 2015 Paris attacks that killed more than 100 people is an example of a directed attack.

Abdelhamid Abaaoud, the mastermind behind the deadly November Paris attacks, had been an ISIS operative, directly instructed and trained in assault tactics in Syria-based ISIS training camps.

The liberation of ISIS-held territory would curtail ISIS' ability to launch these types of terrorist operations.

But officials say there is no evidence that Saturday's attacker, Omar Mateen, had received any formal training or direction form ISIS.

"We see no indication that this was a plot directed from outside the United States," FBI Director James Comey said in a press conference Monday, adding that investigators were still looking into how the attacker was radicalized.

Juliette Kayyem, the former assistant secretary for Intergovernmental Affairs at the Department of Homeland Security, told CNN's Jake Tapper that "there appears to be no evidence yet of some directed attack."

Phillip Mudd, a CNN counterterrorism analyst, said there were significant differences between the Orlando and Paris attacks, telling Tapper, "This does not look like Paris."

He noted that the although the intelligence community faces challenges in tracking terrorists moving from training camps in Syria back to the West, he said it "is more difficult in some ways" to stop inspired attacks by self-radicalized individuals due to the absence of any communication patterns or co-conspirators.

Kayyem also described Saturday's attack as a "lone wolf scenario, someone who is inspired" by ISIS' ideology but not under its operational control.

"That may mean little to most people because there are 50 people dead but it does impact how law enforcement will treat this case," she said.