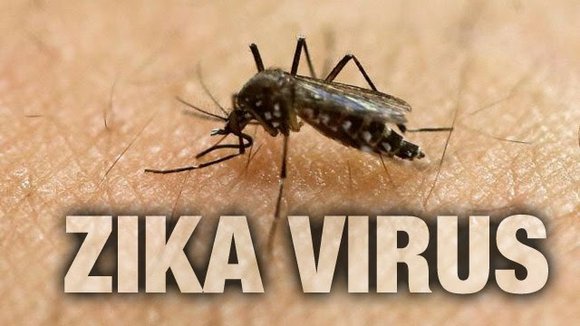 “The main cause for concern is the possibility the Zika virus may cause microcephaly, a condition where the fetal brain and head do not fully develop and reach normal size,” said Dr. Mike Merchant, AgriLife Extension urban entomologist, Dallas. “Currently, there is no vaccine or preventive treatment for Zika, nor is there a cure for microcephaly.”

To help instruct women about Zika, how it is transmitted and how to reduce the risk of contracting it, Merchant and Dr. Sonja Swiger, AgriLife veterinary entomologist, Stephenville, have developed an informative fact sheet.

The fact sheet can be found on the Texas A&M AgriLife Extension Bookstore website at http://bit.ly/28IRS1c, Insects in the City website at http://citybugs.tamu.edu/factsheets/biting-stinging/others/#mosquitoes and Livestock Veterinary Emtomology website at http://livestockvetento.tamu.edu/ or http://www.texasinsects.org/zika-virus-information.html .

Swiger said currently the greatest risk to young families occurs when pregnant women or women who may become pregnant travel to one of the countries in the southern Pacific or Latin America where Zika is present.

“The Centers for Disease Control and Prevention is advising pregnant women who are thinking about traveling to one of these countries to cancel their plans,” Swiger said. “If you travel to an area of infection and contract Zika, you remain infectious to others for about a week. Traveling to an area of infection is not worth risking the life of your unborn baby, so travel plans should be adjusted in order to protect your baby.”

Merchant and Swiger also noted Zika can be transmitted sexually by men to their partners.

“To date, this is the only way local transmission of Zika is known to have occurred in the United States,” Merchant said. “In countries where mosquitoes spread Zika, sexual transmission of the virus is not easily recordable but considered to be less frequent than from a mosquito bite.”

The Centers for Disease Control has also recommended women with confirmed cases of Zika or those who have visited epidemic areas, wait at least eight weeks before trying to get pregnant.

“Additionally, men with confirmed cases of Zika or who have visited epidemic areas are advised to wait at least six months after their trip or symptoms begin before having unprotected sex,” Swiger said. “These recommendations are based on current knowledge of how long the Zika virus remains active in the body and in the semen.”

“Remember that 80 percent of the people who are infected with Zika don’t feel ill or demonstrate any of the symptoms such as joint pain, fever, itchy eyes or rash,” Merchant said. “Just because you feel well, it doesn’t mean you have avoided infection.”

Swiger said women should be particularly aware that even if their male partner has not experienced any Zika symptoms, he could still be carrying the virus. A person can be considered viremic up to one week, meaning the virus can be picked up by a mosquito in the blood at feeding.

“At this time there is no evidence women can pass the Zika virus to men, only the reverse,” she noted.

Merchant said another means of contracting the Zika virus is through local transmission.

“Local transmission occurs when a traveler to a country where Zika is common contracts the virus and returns to the U.S. with it,” he explained. “If that person is then bitten by a mosquito within a week of getting ill, the mosquito may bite another person and pass the disease along to him or her.”

Currently, local transmission is not occurring in the U.S. and therefore not a concern at this time, but mosquitoes are being monitored by health departments for any changes. In their fact sheet, the entomologists also offer advice for reducing the risk of being infected with Zika or other mosquito-borne diseases.

The entomologists suggested draining or treating standing water, cleaning leaves from gutters, dumping bird baths, flower pots and other containers, and removing buckets, toys and other items that can trap water and placing them in a garage or other covered area. They also suggested anyone staying outdoors for extended periods wear long sleeves, long pants and light-colored, loose-fitting clothing and wear an effective repellent.

For information on repellents, go to http://www.epa.gov/insect-repellents/find-insectrepellent-right-you.

“Anyone traveling to and from areas where the Zika virus is present should take special precautions to avoid getting the virus or spreading it to others,” Swiger said. “In addition to being careful to avoid Zika when traveling, it’s important to avoid passing it on when you return home. To minimize this risk, returning travelers should wear repellent for at least a week to avoid the possibility of introducing the virus to local mosquito populations.”