4 Reasons Your Phone Is Stopping You From Finding Your Soulmate 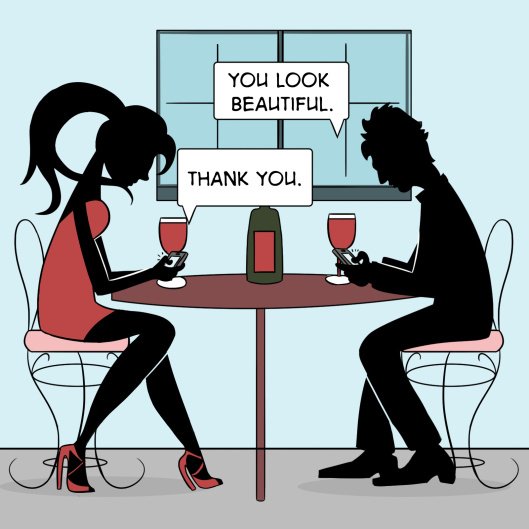 The hierarchy of things I need to leave to the house.

I’m not going to be the writer that gets online and pretends my phone isn’t my lifeline to the outside world. It’s my calculator, my therapist, my calendar, my house phone, work phone, entertainment, news and phone. However, what I’ve realized is that sometimes I just have to step away from it.

That downside is why you need to put that phone down and learn to enjoy life.

Unreasonable Expectations- Too much time on social media will start having you believe you deserve or want something when the truth is you aren’t actually working to get it. I see guys share pictures of models every day and they start to believe they’re going to find that woman. Ignoring beautiful women they know or work with in hopes of running into that Instagram model. When the truth is you’re 32 making 32 grand a year and you have a belly. You’re just a like to that chick on Instagram but you follow her on your phone like she’s your woman. Stop it and go on a date with a woman that might actually respond to you if you messaged her.

Social Media Induced Depression- I saw a True Life episode about married couples that couldn’t have babies. You know the number one thing all the couples had in common besides infertility? They all had to get off Facebook because the post about babies was making them severely depressed. Social media can do that to you even if you’re a strong person. You see people that have things you want and you start to say things like, “I was smarter than her in high school, why does she have a degree and I don’t.” “I’m more attractive than him, why is she with him and not me.” Don’t become jealous over people whose lives you don’t know intimately. Put the phone down and make your own memories.

Human Interaction- Talking to people is good for the soul. You can’t spend all day surrounding yourself around the same people and think that you’re growing. It’s okay to talk to a stranger while you’re waiting in line or at the doctor’s office. Your co-workers might actually have interesting lives if you give them a chance. This interaction will lead to random conversations with women that may turn out to be who you’re looking for.

Actual Memories vs. Perceived Ones- Do you know what is the weirdest thing to me? It’s when I’m at a concert or basketball game and someone is literally watching the entire event through their phone. Not dancing, not singing, not yelling at the refs but getting recordings just to put online. I’m not talking once or maybe even twice but the entire night. You’re on a beautiful beach on vacation and the sun is bright, the water clear, your girl is tipsy and looking good in her bikini and you’re looking at all of it through a phone? Some moments are meant to be shared with the world and some moments are meant to be shared with each other.

Start making memories with your heart and not your phone.