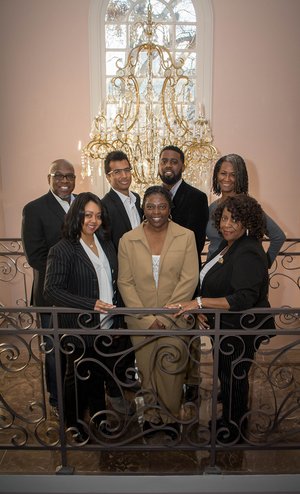 “The Capital City Black Film Festival is the place to see, meet and appreciate some of the best and brightest emerging Black filmmaking talent on the planet,” said Winston G. Williams, Executive Director of CCBFF. “We are truly grateful to the fans and film community who have shown such overwhelming support for our mission of making a positive impact on the Black independent film market.”

This year’s Festival begins on Thursday evening, August 25th, with a Filmmaker Welcome Reception (invitation only) in downtown Austin, followed by the event’s opening night celebration and feature film at the Austin Convention Center. On Friday, August 26th, and Saturday, August 27th, Festival attendees will enjoy film screenings, premieres, talkbacks with film directors and casts, panel discussions, workshops, parties, a CCBFF Vendor Pop-Up Shop and the closing night Awards Gala. The weekend will culminate with a Filmmaker Farewell Brunch (invitation only) on Sunday.

CCBFF panels, sessions and workshops are designed inform, educate and inspire filmmakers and film lovers alike. They include:

Black (Panther) Power – A panel discussion on the current state of diversity in Hollywood and what impact Marvel’s Black Panther movie will have on how the industry perceives the domestic and international market for Black films.

The Distribution Game: Is There An Art To Selling Your Movie? – Industry insiders discuss what filmmakers can do to give themselves the best shot at a distribution deal.

Filmmaker Spotlight: A Q&A with Xavier Burgin –Learn from this savvy indie filmmaker’s success in using social media to build his brand and fan base.

The Write Way – A free screenwriting workshop with Fran Harris for established and aspiring filmmakers.

Festival passes and individual event tickets are on sale now and can be purchased online at www.capcitybff.com/passes.