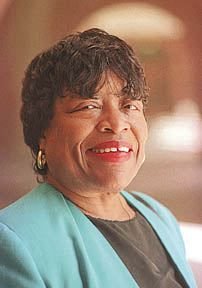 Walden University, headquartered in Minneapolis, enrolls more than 52,000 students in over 80 online degree programs. The university has renamed its School of Social Work and Human Services in honor of Barbara Solomon. The university has also named a scholarship program for Dr. Solomon. These scholarships are earmarked for students who have shown a commitment to helping underserved populations.

Dr. Solomon played a major role in the development of the social work program at Walden University. Earlier in her career, she was professor, vice provost, and dean of the Graduate School at the University of Southern California in Los Angeles. She served on the faculty at the University of Southern California from 1966 to 2004. Dr. Solomon was the first African American to serve as dean at USC. Professor Solomon is the author of Black Empowerment: Social Work in Oppressed Communities (Columbia University Press, 1977).