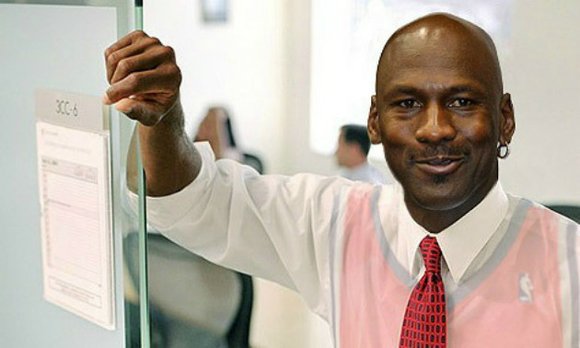 Just in case you were wondering how much Adidas was cutting into Nikes’ profits – not that much, if the personal wealth of Nike co-founder Phil Knight and Michael Jordan are any indication. Forbes released their list of “The World’s Billionaires” this week, and both Nike and Jordan owners made the cut.

Phil Knight is sitting pretty as the richest man in sports, with a net worth of just over $26 billion (!) dollars. That puts him as 24th richest person in the world. His Nike empire continues to expands its influence into the few corners of the globe where they aren’t synonymous with athletes.

Michael Jordan is much farther back in the list, sitting at spot number 1,577 among the world’s richest people. However, the former NBA player hasn’t had nearly as long as Knight to line his pockets, and this is just his second year appearing on the list. His wealth is nothing to sniff at though, as MJ’s net worth is just over $1.1 billion. If the NBA keeps getting more valuable, his 90% stake in the Charlotte Hornets will certainly help push that number up.

Check out both of their rankings over at Forbes (Michael Jordan; Phil Knight), and keep these people in mind next time you're about to blow $200 on a pair of kicks.

For more information go to http://www.hotnewhiphop.comt.