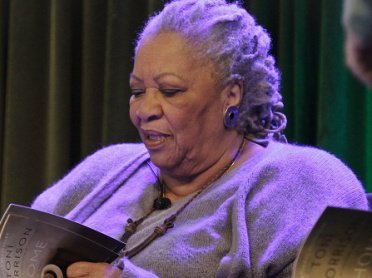 PEN America, the literary and human rights organization, told The Associated Press on Tuesday that Morrison has been given the $25,000 PEN/Saul Bellow Award for Achievement in American fiction. Morrison, 85, is known for such novels as “Beloved,” ”Song of Solomon” and “Jazz.”

“Revelatory, intelligent, bold, her fiction is invested in the black experience, in black lives, and in black consciousness, material from which she has forged a singular American aesthetic,” awards judge Louise Erdrich, herself a prize-winning novelist, said in a statement. “Toni Morrison not only opened doors to others when she began to publish, she has also stayed grounded in the issues of her time.”

Three playwrights received prizes: Lynn Nottage, whose works include the Pulitzer-winning “Ruined,” was named a Master American Dramatist; Young Jean Lee was cited as an American Playwright in Mid-Career and Branden Jacobs-Jenkins as an Emerging American Playwright.