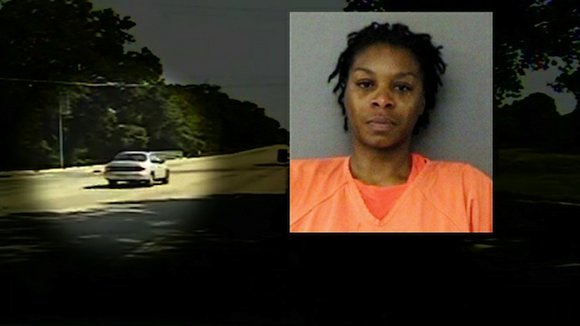 Texas state Trooper Brian Encinia pulled over Sandra Bland on July 10, 2015, for allegedly failing to use her turn signal. What started as normal conversation gets testy after Encinia asks her to put out her cigarette and Bland refuses to put it out and step out of her car.

By Tina Burnside and Joshua Berlinger

(CNN) -- The decision to fire Brian Encinia, the Texas state trooper who arrested Sandra Bland, was upheld by the Texas Department of Public Safety on Tuesday, according to a news release.

Encinia arrested Bland in July 2015 after a traffic stop. Authorities accused her of failing to use her turn signal.

Three days later, Bland was found dead in her cell.

No one was indicted in relation to the jailhouse death, but a grand jury did not believe Encinia's statement that he removed Bland from the car she was driving so he could conduct a safer traffic investigation.

Encinia was indicted on a perjury charge, and authorities began terminations proceedings shortly after.

He has the right to appeal Tuesday's decision.

Bland's death raised questions of excessive police force and the role of race in police interactions. She is African-American.

CNN's Steve Almasy and Chandler Friedman contributed to this report.