Secrecy Rules for Supreme Court Nominees: 'I felt like a spy' 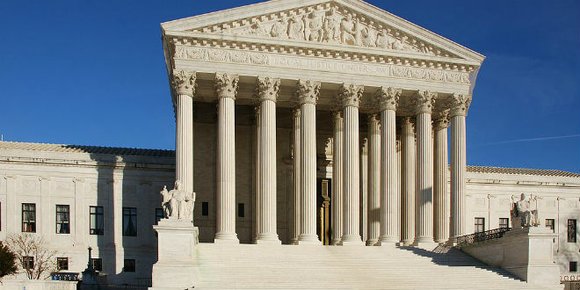 WASHINGTON (CNN) -- When Sonia Sotomayor first learned that President Barack Obama was nominating her to the Supreme Court, the White House made an unusual request: instead of flying from New York for the formal ceremony -- and risk being spotted at the airport by journalists or savvy passengers -- the President's aides demanded she drive to Washington instead.

The middle-of-the-night trip in torrential rain ended with Sotomayor and her assistant hopelessly lost in the darkened Virginia suburbs. But it did preserve the secrecy that presidents dating back decades have insisted on during the high court nomination process.

Confidentiality is again a top priority as the famously leak-averse Obama delves into the backgrounds and records of potential nominees. Little is known officially about who is on the so-called shortlist, or whether one even exists. The only visual clue to Obama's process: a thick black binder, spotted under the President's arm as he returned home to his residence two weekends ago.

Sources have told CNN that a slate of federal judges is being vetted by the FBI, including Sri Srinivasan, Merrick Garland and Jane Kelly. But no potential nominees have yet been spotted coming and going from the White House, and they likely never will. To evade the press, Obama will use a secret process that has been used for years and has become an extension of the Supreme Court's own opaque world.

"He'll be working with a group of people who he's already been familiarized with," said David Axelrod, a CNN contributor and Obama's former senior adviser. "He'll probably call them all in for discussions, which you won't see. They'll use the back door and not the front door. And then he'll make a decision rather quickly."

A person familiar with the movements of potential nominees said the candidates are usually collected in a car dispatched by the White House Transportation Agency, a military unit, and dropped at a lightly trafficked entrance to the East or West Wing. Once inside, candidates are relegated to a cordoned-off room as they await a meeting with the president.

Samuel Alito, who was nominated in 2005 to replace retiring Justice Sandra Day O'Connor, underwent several pre-interviews with aides to President George W. Bush before being brought before the commander in chief early on a Saturday morning.

"I checked into a hotel downtown. They said I was to go to a particular corner, at a particular time in the morning, and wait for a Chrysler 300 to pull up and flash its headlights a couple of times and I was to get in the car," he recalled in an interview with Weekly Standard editor Bill Kristol last year. "I felt like a spy."

Alito met Bush in the first family's private residence on the second floor of the White House -- an inner enclave that even staffers rarely see.

When President George H.W. Bush was considering Clarence Thomas for a post on the high court, a black sedan with heavily tinted windows met the candidate in an out-of-the-way parking lot in suburban Virginia and shuttled him to a padded, soundproof room at the Department of Justice. Later, as Bush's shortlist was being winnowed down, top administration officials arranged for Thomas to meet the president at the White House -- but only after orchestrating an anonymous entry through a tunnel from the Treasury Department next door.