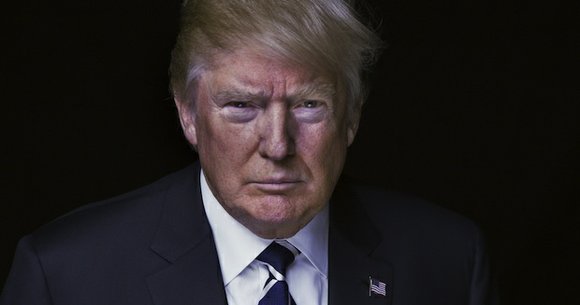 The Republican presidential candidate has frequently accused Beijing of keeping its currency artificially low, making it impossible for American companies to compete with their Chinese rivals.

"China is the big abuser," he declared Tuesday, calling it and other nations "grand masters at monetary manipulation."

It's a familiar complaint. For years, the U.S. and other governments accused Beijing of keeping its currency -- the yuan -- weak in order to make its exports cheaper.

But those arguments have been undermined by two key developments: For most of the past decade, the yuan has strengthened against the dollar, gaining nearly 19% since 2006, and in recent months Beijing has been engaged in a monumental struggle to keep its currency from falling back too much.

Taken together, they make Trump's argument sound a little stale.

"Arguments about China forcing [the yuan] down for competitive reasons had merit in the past, but I don't really think they do now," said Brian Jackson, a China economist at research firm IHS.

Analysts estimate that hundreds of billions of dollars -- perhaps as much as $1 trillion -- flooded out of China last year as its economy slowed. The trend put pressure on the yuan as people sold it in order to buy other currencies.

In response, China tried to lean against the trend. It has been burning through its enormous reserves of foreign cash -- effectively selling dollars and buying yuan -- in a bid to prop up the currency, also known as the renminbi.

The fear is that Beijing could eventually run low on foreign currency, meaning it has to cave in and allow a sudden, sharp plunge in the yuan. That could roil markets around the globe, just as two previous sudden declines in the past seven months did.

"They're intervening to stabilize the exchange rate," Jackson said. "It's mostly because they're concerned that if it falls too rapidly, it will create a vicious cycle."

China has also been taking gradual steps to allow the yuan to trade more freely. Late last year, the International Monetary Fund added the yuan to an elite basket of global currencies -- a vote of confidence in Beijing's reforms.

"Markets are in a greater position to influence the value of the renminbi," Jackson said.

But that doesn't seem to be stopping Trump from crying foul.

"Don't know which is worse," tweeted Fallows. "That Trump doesn't KNOW that China is keeping RMB HIGH (not low), or that he knows and says the opposite."