Christian Bale Almost Had A Role In ‘Batman V Superman’ 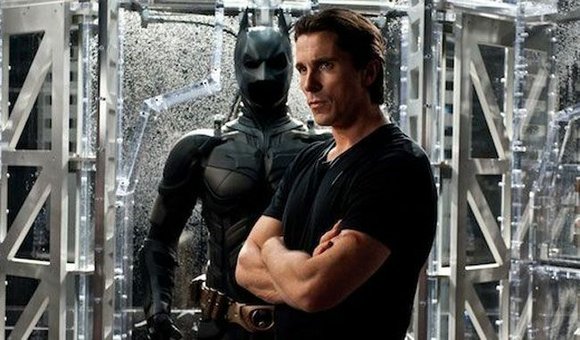 Batman V Superman: Dawn of Justice is bringing Batman back to the big screen on March 25, just four years after Chris Nolan wrapped up his Dark Knight trilogy. Christian Bale recently said he “didn’t quite nail it” as Batman, and he’s said he would have been willing to do another movie. According to Batman V Superman director Zack Snyder, Bale almost got a chance to appear in the new movie. Oh, good for him.

Snyder told FilmInk he talked about hiring Bale for a small, non-Batman role, but ultimately couldn’t do it.

“This is a total and opposite reality from the Chris Nolan movies. It’s another universe, so we couldn’t hire Christian Bale if we wanted to, because he doesn’t exist in our world. Maybe we could hire him to play another part. We did talk about that briefly. I just wanted to hire Christian to play another part to make that obvious. Christian could play, like, Alfred with age makeup. No! Of course not. But you know what I mean. Even people at the studio would say, ‘Who are you getting from the other movies?’ And I was like, ‘Hey, come on guys, let’s all understand, it’s a different world.’ In the Batman universe that Chris Nolan created, Superman would have a hard time existing. That that’s why we did a reboot on the universe, so we could allow these characters to exist together. We needed to do that to have Batman exist in this world.”

A total and opposite reality from the Chris Nolan movies? Does that mean the first two will suck and the third one will make total sense and leave no questions unanswered?

Snyder also told FilmInk he added a zipper to both Ben Affleck and Henry Cavill’s suits this time, which was something Christian Bale advised Affleck to request. Snyder also talked about this iteration of Batman’s suit being less like armor, which was clear from all the actual movement Batman was doing in the most recent trailer.

“Ben’s Batman costume is the most traditional Batman costume that’s ever existed in the movie world, in the purest sense. I didn’t want a hard suit for his normal costume. In the past, they’ve always done variations of him looking like it’s armor of some kind. I’ve always been a fan of what I thought would be more like, I don’t want to say fabric… we said that it was some sort of Kevlar weave that his suit was made of. It’s more about the body. It seems like with every movie that I’ve ever made that they’re all very physical. It seems like I’ve destroyed a lot of men’s self-esteem. They have no chance no matter how much they go to the gym.”

For more information go to http://www.uproxx.com