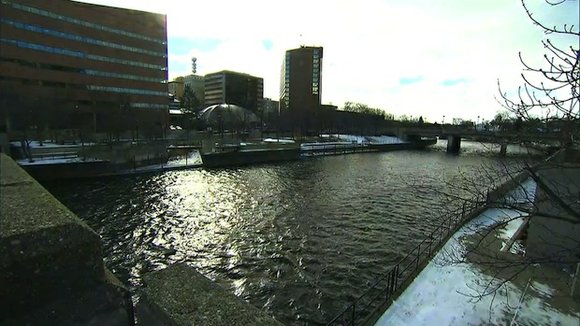 Residents in Flint, Michigan, want to hear answers, but they continue to get the blame game.

State, city and federal officials, all seated next to each other testifying before Congress Tuesday over the water crisis, spent their time finger-pointing, while claiming to have themselves acted responsibly.

None accepted any blame for the 18 months that corrosive water was eating away at pipes, causing high levels of bacteria, carcinogens and lead to taint the water and poison the people.

Each one claimed they were unjustly criticized, while claiming to have had Flint residents in mind.

It was enough to make Rep. Elijah Cummings, the top Democrat on the House Oversight Committee, call all the deflection "sickening."

Government failed Flint at all levels, but the actions of a former director of the Environmental Protection Agency was the panel's focal point.

And the disbelief at the actions of the Environmental Protection Agency was bipartisan.

"There's a special place in hell for actions like this," said Rep. Buddy Carter, R-Georgia.

Former EPA director for that region, Susan Hedman, former Flint Mayor Dayne Walling and former Michigan emergency manager Darnell Earley -- in charge of decisions in Flint during that time -- all testified Tuesday, but each denied responsibility.

Two other members of the committee re-asked the question, reminding Hedman that she was under oath when pushing for an answer.

"We could have done more," she repeated, an answer which was met with groans from the gallery.

Despite all the testimony, the most telling answers continue to come from documents.

In an email dated September 22, EPA scientist Miguel Del Toral wrote: "At every stage of this process, it seems that we spend more time trying to maintain state/local relationships than we do trying to protect children."

Hedman, Earley and Walling all blamed each other.

In her first public statement since resigning over this crisis in February, Hedman said her resignation was the "honorable" thing to do as a public servant, her voice breaking with emotion when she shared that she has not stopped worrying about the people in Flint.

But she was immediately met with a harsh reality check from Virginia Tech researcher Marc Edwards.

Edwards, who testified after her, told the panel that Hedman had acted with "willful blindness ... to the pain and suffering of Flint residents, unremorseful for their role in causing this manmade disaster and completely unrepentant and unable to learn from their mistakes."

Edwards is a world-leading researcher of lead in drinking water and was the first to publicly announce high levels of lead in the Flint water -- months before government officials admitted it publicly.