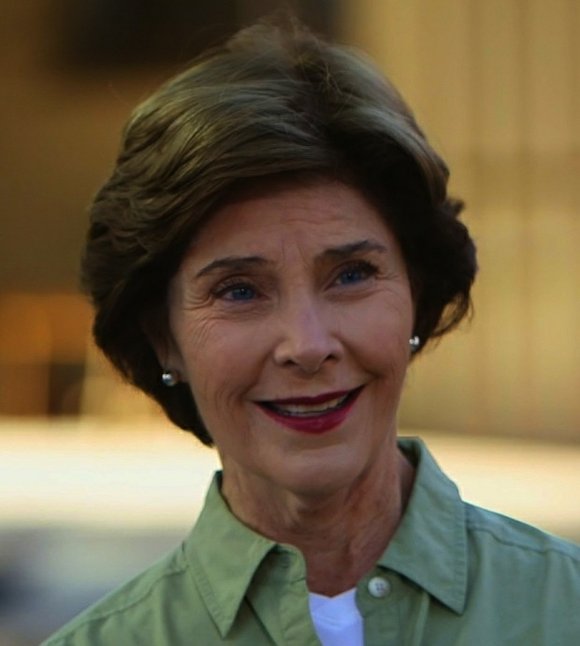 (CNN) -- Former first lady Laura Bush declined to say if she would vote for Republican presidential front-runner Donald Trump's presidential bid should he win the nomination and warned Americans against embracing isolationism and xenophobia, in an interview published Thursday.

Bush at first said she wouldn't answer if she would support Trump as the GOP nominee -- "don't ask that" -- and pointed to the family's support for Jeb Bush's unsuccessful bid -- during a USA Today interview to promote her new book, "We are Afghan Women: Voices of Hope."

But questioned further on Trump and his call for a temporary ban on Muslims entering the U.S., the former first lady reluctantly addressed Trump's rise.

"This is what I want Americans to remember -- what our real values are," she said. "We don't have any religious tests in the United States. And that's what we need to remember."

"We have a tendency in the United States, and it's happened other times in our history, to become sort of isolationist and xenophobic, and you know, we're just going to stay here together and not pay attention to the rest of the world," she said.

Her husband, President George W. Bush, won wide praise for his leadership in the wake of 9/11, and was careful to never demonize all Muslims for the act of radical terrorists.

In a speech ahead of the South Carolina primary, the former president interwove praise for his younger brother while also taking aim at Trump.

"I understand that Americans are angry and frustrated but we do not need someone in the Oval Office who mirrors and inflames our anger and frustration," Bush had said.