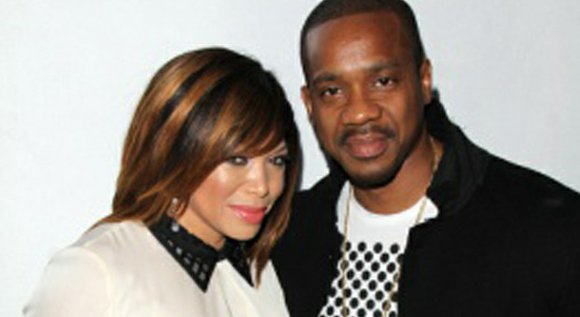 During a Bossip podcast interview, Tisha Campbell-Martin, who played Gina on the hit 90’s sitcom “Martin,” finally put to rest one of the greatest TV show mysteries of all time, she described the episodes that hinted at what Tommy Strawn did for a living. She then confirmed his exact job title: he was a youth counselor.

“Martin” is an American classic, airing for five seasons on Fox from 1992-1997. It was one of the network’s highest-rated shows during its run. A running joke on the show was that Tommy was always well dressed and never broke, but no one—not even his best friends, Martin and Cole—knew what he did for a living.

Over the weekend, Tisha broke the Internet when she explained what Tommy’s job actually was.

“Tommy really did have a job; I’ll give you a hint,” Campbell-Martin said. “The woman I was gonna fight, she was Martin’s teacher, Beverly Johnson; in that episode that’s the first time you hear about Tommy’s job.”

Campbell-Martin said the joke came about because Thomas Mikal Ford, the actor who played Tommy, used to complain about his character being underdeveloped.

“Tommy was complaining, ‘I don’t think they’re developing my character enough. No one knows what I do for a job; they keep asking me what I do!’ ” she explained. “So then they started putting in the script that Tommy has no job.”

Ford, also known for his recurring role as Mel Parker in the UPN sitcom “The Parkers,” received an NAACP Image Awards nomination in 1996 in the category of Outstanding Supporting Actor in a Comedy Series.