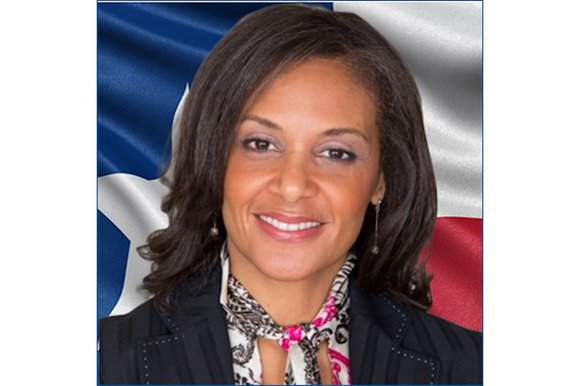 AAPOL represents about 500 officers in the greater Houston area. The mission of AAPOL is to provide a bridge between law enforcement and the community to secure equality between parties.

Upon the endorsement, AAPOL President Jacob Webb Jr. remarked "We know we can count on Angelique. She has helped families and officers reach understanding and prevent tragedies through her service as a mediator with Houston Police Department. We're proud to endorse her and look forward to her continued leadership in this new role."

Bartholomew humbly accepted the partnership stating, "As a mom of five, a business-owner, homeowner and neighbor in our community, I'm clear on the high stakes we face to keep our kids -- and our communities -- safe. I'm proud to have earned the trust of friends, neighbors and law enforcement to ensure both safety and justice prevail throughout our neighborhoods."

The seat is currently held by Representative Ron Reynolds who is facing civil suits from former clients alleging theft, and jail time for a recent conviction for illegally soliciting clients. Bartholomew, a long-time resident and leader in House District 27, is a first-time candidate. On March 1, 2016 Bartholomew's strong, grassroots campaign earned a second-place finish from the Democratic primary election and propelled her into a runoff election against the incumbent.

Bartholomew currently serves as the Director of Compliance at a private medical firm. She grew up in Alabama and comes from a family of preachers and Civil Rights advocates. Bartholomew is a graduate of Miles Law School and Fisk University. She has been endorsed by Annie's List, which is a leading statewide political action committee which seeks to elect Democratic women. She is a graduate of Annie's List Ready to Run Candidate 101 Training.

Over her career, Bartholomew has become a powerful advocate for education and healthcare. She is also a leading voice for entrepreneurs like herself. Bartholomew understands that economic security and opportunity are fundamental for healthy, safe families and communities. She lives in Missouri City, TX.

Although Texas is one of America's largest and most diverse states, men hold 81% of the lawmaking power (146 of 181 seats) in the Legislature while comprising 49% of the population. Bartholomew is the only woman and the most qualified candidate in the race. She will give voice to the experience and perspective of a majority of House District 27 residents.