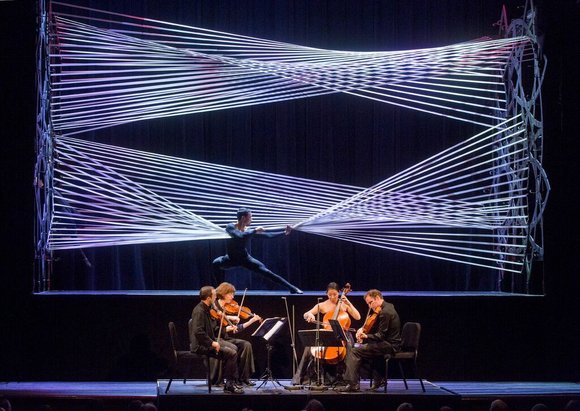 Da Camera of Houston, the presenter of chamber music and jazz events, announces its 2016/2017 season of concerts. Themed Roots, the season’s programming centers on musicians and composers who delve into their personal histories and cultural heritages to explore the deep sources of their inspiration. Across styles and genres, these artists rely on experiences of childhood, ethnic identity and historic influences to create a style uniquely their own.

“Throughout the 2016/2017 season, Da Camera focuses on musical works that illuminate the “musical DNA” of composers and performers, the sources from which they develop a style that is uniquely their own,” said Sarah Rothenberg, Da Camera Artistic and General Director. “Audiences will discover something new at each concert, whether it’s a premiere presentation or familiar music presented in an unexpected way.”

The 2016/2017 season begins with an opening night performance by rising-star soprano Julia Bullock, who finds inspiration in legendary singer Josephine Baker. Bullock makes her Houston debut with Josephine Baker: A Personal Portrait, which includes new music and arrangements for the International Contemporary Ensemble by composer and multi-instrumentalist Tyshawn Sorey.

Chamber music concert highlights include the St. Lawrence String Quartet with the Houston premiere of John Adams’ String Quartet No. 2, reflecting the American master’s formative exposure to the classical repertoire with a new string quartet that takes inspiration from Ludwig van Beethoven’s late piano sonatas; the Brentano String Quartet, with a performance installation that visually illuminates the themes and counterpoints of Johann Sebastian Bach’s masterpiece The Art of Fugue; and Vijay Iyer, who draws on his rich Indian heritage to present Rahde Rahde: Rites of Holi, an explosive work of music and film inspired by Igor Stravinsky’s Rite of Spring and Holi, the ancient Hindu festival of colors.

Da Camera’s jazz series reflects the season’s theme with a signature mix of established jazz stars and emerging artists, with performances by jazz trumpeter Terence Blanchard, who fuses funk, R&B and blues with his new quintet, The E-Collective; Joshua Redman, who pays tribute to his father, legendary saxophonist Dewey Redman, in Still Dreaming, which features new compositions inspired by his father’s band, Old and New Dreams; and Houston-born composer and pianist Jason Moran, who presents In My Mind: Monk at Town Hall, 1959, a highly personal and acclaimed multimedia homage to Thelonious Monk.

Subscriptions for Da Camera’s 2016/2017 season are on sale now. To purchase tickets or to request a season brochure, please visit www.dacamera.com.