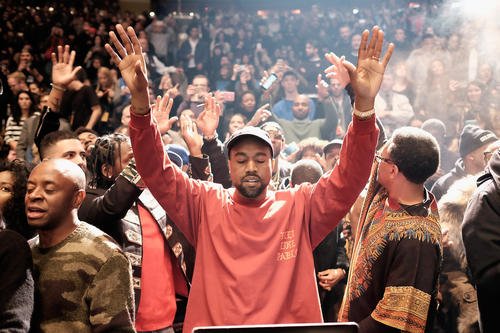 Kanye West was back at it with twitter fingers Tuesday evening, however this time it was all about love and positivity following the success of this past weekend’s surprise pop-up show in NYC.

According to Kanye, his pop-up show sold over $1 million dollars worth of clothing over a 2-day period in NYC. It’s not that surprising of a number considering thousands of fans had lined the streets starting early Friday morning in hopes to get their hands on some ridiculously over-priced clothing gear.

“But there is no other brand that could sell 1 million dollars of clothing in 2 days from 1 location!!!” wrote Kanye in a series of tweets earlier this evening.

Judging on the excitement and success of this latest pop-up shop, don’t be surprised if Kanye pulls the trigger on another location in the coming weeks, maybe Chicago or LA?

Peep the tweets below, and head here to his timeline to see the rest of his lengthy inspirational rant tonight.