“In Their Own Words: The Tuskegee Airmen - The 75th Anniversary” 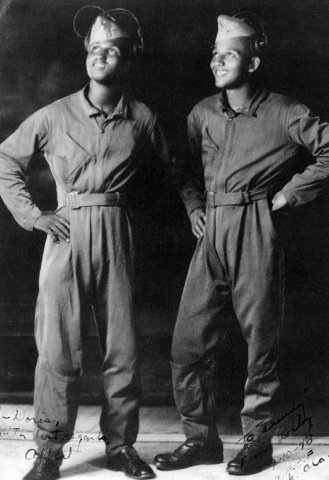 Tickets for “In Their Own Words: The Tuskegee Airmen - The 75th Anniversary” can be purchased online by visiting www.FathomEvents.com or at participating theater box offices. Fans throughout the U.S. will be able to enjoy the event in nearly 200 movie theaters through Fathom’s Digital Broadcast Network. For a complete list of theater locations visit the Fathom Events website (theaters and participants are subject to change).

Sixteen of the Tuskegee Airmen, America's first African-American military aviators who flew the skies of the European Theater during World War II, are featured in this powerful event. As African Americans were rejected in their attempts to enlist in World War I, the recruitment, training and combat of the Tuskegee Airmen in World War II was a monumental moment not only in American military history, but also in American history as a whole. “In Their Own Words: The Tuskegee Airmen - The 75th Anniversary” tells the story of how these airmen were some of the first to begin the civil rights movement and have lived long enough to see the changes that continue to resonate today.

“Fathom is extremely excited to be working with Bryton Entertainment on this powerful event that honors the Tuskegee Airmen. 2016 marks the 75th anniversary of these amazing fighters and there is no better way to celebrate these men than a documentary and panel discussion.” said Fathom Events CEO John Rubey.

“The enthusiasm in which the few remaining Tuskegee Airmen reacted to this news has been nothing short of fulfilling. These brave men made one request of us upon lending their story, ‘Never let our story die!’ We are thrilled to honor that request with Fathom Events on March 29, when this event hits theaters around the country,” said Bryan Williams of Bryton Entertainment, LLC.

Fathom Events is the event cinema distribution arm of AMC Entertainment Inc. (NYSE: AMC), Cinemark Holdings, Inc. (NYSE: CNK) and Regal Entertainment Group (NYSE: RGC) (known collectively as AC JV, LLC), the three largest movie theater circuits in the U.S., and is recognized as the leading distributor of alternative content. It offers a variety of one-of-a-kind entertainment events in movie theaters nationwide that include live, high-definition performances of the Metropolitan Opera, dance and theatre productions such as the Bolshoi Ballet and National Theatre Live’s Hamlet, sporting events like FS1 Presents USA v Mexico, concerts with Roger Waters and One Direction, the TCM Presents classic film series and faith-based events such as The Drop Box and Four Blood Moons. Fathom Events also takes audiences behind the scenes and offers unique extras including audience Q&As, backstage footage and interviews with cast and crew, creating the ultimate VIP experience. In addition, Fathom Events’ live digital broadcast network (“DBN”) is the largest cinema broadcast network in North America, bringing live and pre-recorded events to 875 locations in 179 Designated Market Areas® (including all of the top 50). For more information, visit www.fathomevents.com.

Bryton Entertainment, LLC is a multifaceted video production company, whose services range from commercials, music videos, concerts, documentaries, and live events, to graphic design and 3D animation. In the ten years since it was founded, Bryton Entertainment, a Christian-based production company, has had the pleasure of producing many inspiring works. With In Their Own Words: The Tuskegee Airmen and 29 Let’s Go (A World War II film) slated for national release, and more than thirty music videos, three BET and two Stellar Awards Gospel Music Video of the Year nominations under their belts, Bryton has the strong ability to tell entertaining and engaging, yet wholesome, stories.