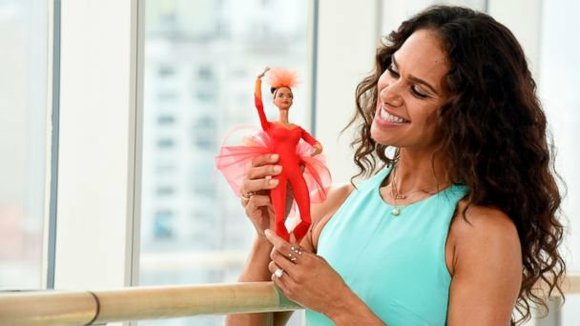 Prima ballerina Misty Copeland is being honored with a Barbie doll in her likeness, the doll's maker announced on Monday.

Copeland, 33, made history last year when she became the first African-American woman to be named principal dancer at the world-renowned American Ballet Theatre.

She appeared on "Good Morning America" on Monday to unveil the doll. 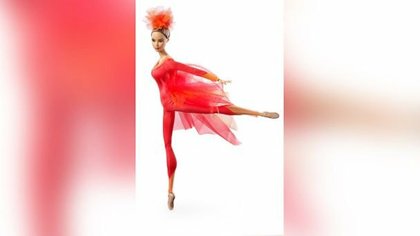 The fashions for the doll were inspired by her Firebird costume from her first ABT principal role, which she’ll reprise on May 18 and 19 as part of ABT's annual spring season at the Metropolitan Opera House. Copeland was intimately involved in the doll's design and partnered with Barbie on all the details, according to Mattel, Inc., the maker of Barbie.

"I always dreamed of becoming an ABT ballerina and through Barbie I was able to play out those dreams early on," Copeland said in a press release. "It's an honor to be able to inspire the next generation of kids with my very own Barbie doll."

Lisa McKnight, general manager and senior vice president of Barbie, said in the release that Copeland was "at the center of a cultural conversation around how women continue to break boundaries," adding: "As a brand, we want to honor women, like Misty, who are inspiring the next generation of girls to live out their dreams. We know role play often leads to real 'play' in life and we're thrilled to celebrate Misty with her very own doll."

The doll is part of the Barbie Sheroes program, which honors women who inspire girls by breaking boundaries and expanding possibilities for a diverse group of women. Previous Sheroes include movie director Ava DuVernay, actresses Emmy Rossum and Zendaya, and singer Trisha Yearwood.

Mattel has been expanding the kinds of dolls in its collections by including dolls of varying body types and skin tones, and with diverse hairstyles and outfits.

The Misty Copeland doll is now available for purchase online and will roll out to retailers nationwide, according to Mattel.

For more information go to http://www.yahoo.com